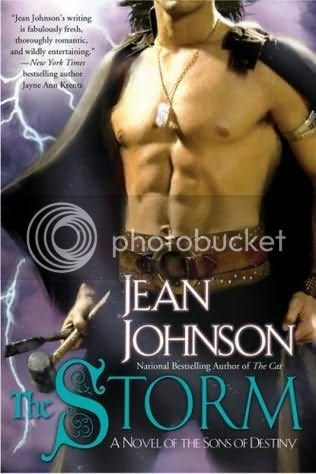 Eight brothers, born in four sets of twins, two years apart to the day – they fulfill the Curse of Eight Prophecy. Though no longer trapped in exile, their growing family faces new problems. Now the sixthborn son must find a way to trust his Destined bride …

First, his most heavily guarded refuge is breached. And now, the worst of all crimes against Rydan of Nightfall: Rora, a pesky, privacy invading foreigner, likes him and won’t leave him alone! Rydan knows he’s as appealing as a rosebush stripped of its blooms, so why does she persist? Any normal maiden should be seeking less thorny company than his.
But Rora isn’t normal. She alone sees the secret of what torments Rydan. And only she can persuade him to put it right before it destroys him. But Rora has her own secret as well – one of such vast power that other mages would kill in order to possess it. It once drove Rora and her sister into exile, and, in the wrong hands, its power could annihilate their world. In the right hands, it could change her and Rydan’s fate forever.


Something is wrong with Rydan, the sixth born brother, and one of the strongest mages in the whole of Katan. Ever since puberty hit him, he feels pain when amongst other people, making him shun them, and start living in the night, when most other people are asleep. His brothers have accepted his strange ways a long time ago, but Saber, the oldest, demands that he joins them for breakfast and supper each day, to be at least a bit social and they know that he is alright. Rydan does not know what is causing his troubles, he calls it his beast. And now he is used to roaming the night, being the Lord Protector of Nightfall, protecting the island and its inhabitants while his brothers sleep.
He has found the secret tunnels beneath the surface, and has become the Guardian to the Fountain, which was not easy. He stumbled upon it accidentally, and had to learn a lot before he was fit to be the next Guardian. So much magic cannot be abused by an evil mage. And he had to control his emotions and feelings to be able to wield its power for the benefit of the island. He was not happy when Dominor found out about it, and invaded his sanctuary. The only place where he did not feel his brothers, and was free of pain.

And now this tiny female has invaded his realm while he was sleeping. Still half asleep and drugged by Morganen, thinking he is still dreaming of his Bride, Rydan pulls her into his bed and starts kissing and touching her. After the initial shock, Rora decides she rather likes it, and as she is no longer on the Shifting Plains, she does not need to heed their customs any more.
But when Rydan comes to his senses, he feels sick to his soul, thinking he has violated his brothers’ bride! And he will make Morganen pay for that! But how did this woman invade his sanctuary, withouth setting of his many wards? Even Morganen would have trouble evading them as she effortlessly did. Of course Rora doesn’t know what to tell him; at least he has not yet discovered her secret, drugged as he was when touching her. But her Sight does tell her what is bothering Rydan, and she is determined to help him.
Rydan is an empath, and his own feelings and those of others are literally attacking him. How come that no one of his brothers ever figured that out? Sure there must be a way to shield himself from emotions, without becoming emotionless himself? After all, a mage can shield from magic and all kinds of other stuff as well.

Determined to get to know Rydan better, and to help him, Rora decides to get used to Rydan’s schedule, so they have time to talk, and learn about each other. And Rydan soon finds out that it is no use to tell her to stay away from him, she does as she pleases. And after thinking about what she is telling him, what she Sees, he knows she has to be right. And when he finds out the secret she is hiding, he wants to keep her safe from harm.

When Rora decides to trust the mages of Nightfall Island, and to tell them about her secret, she asks for help. Do they know how to get this power out of her? She wants to lead a normal life, and not be pursued for the rest of it. Dominor and Serena go back to Natallia, to do some research in the extensive library of Koral Tai, and so Serene can do some checking up on the spell she and Dominor performed in the Fountain there. When it turns out, the Magic of the Fountain makes her pregnancy a lot easier to bear, they decide to stay there until her child is born, and their job there is done.

But then an outside force is trying to steal the Fountain from under Rydan’s powers, and he has no other choice but to give control of it over to Dominor, while he and his other brothers fight the stranger. Rora proves invaluable, as he can use her powers to fight unseen, and beat the other mage. And when they save Guardian Sheren’s Fountain and her city from destruction, they sure are due some compensation. Which Morganen knows will be perfect for his own twin brother, Koranen …


I like Rydan, and he is my favourite brother of all 8. No, he is not a vampire, even though he roams and rules the night. He has the power of the storms, and lightning, and he is grumpy and anti-social. But I still like him. He dresses in black, just to annoy his brother Dominor, who does the laundry. And of course because it looks good on him. He really does not want a Bride of himself, he is used to being celibate as he hated being used by women before their exile. And he has no intention of giving up the one thing he rules: his Fountain. Of course, there is no stopping Destiny.
Rora is determined to live her life as well as she can, she is tired of running and hiding who she is. She knows she can trust these Nightfallers, and she asks them for help. They are all powerful mages, they don’t need her power. And she is very happy to finally find out what is inside of her, and now she even has the hope that it will perhaps be possible to get it out of her without killing her first. She knows she can help Rydan, and she really admires him and everything he has accomplished in those catacombs. The beautiful sculptures he has made, without knowing what he is creating himself. But Rora recognizes some of the scenes.

Their courting however, is delayed when “Madam Mist”, the voice of his Fountain, warns them about it. And when they later find out the reason why, they are glad they waited a while. Apparently, you can’t be a Guardian of two Fountains, and the thought that another man would be controlling Rora instead of him, is horror to Rydan.

I loved the action in this book, how the brothers all fight together to defeat the evil mage. How they finally learn how to interact with Rydan safely, and how they all become closer that way. And when Rydan falls for his Rora, he falls hard!

Another great episode in the continuing story of the Sons of Destiny. Only two more to go …

The Sixth Son shall draw the line:
Shun the day and rule the night
Your reign’s end shall come at light
When Dawn steals into your hall
Bride of Storm shall be your fall