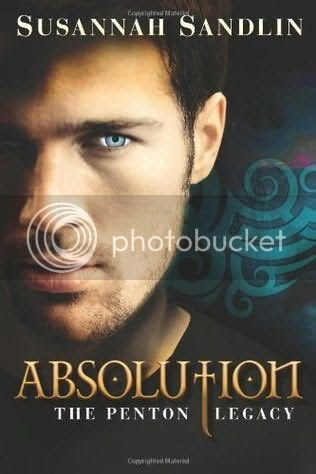 With the vampire world on the brink of civil war over the scarcity of untainted human blood, battle lines are being drawn between the once peaceful vampire and human enclave of Penton, Alabama, and the powerful Vampire Tribunal. Mirren Kincaid once served the tribunal as their most creative and ruthless executioner - a time when he was known as the Slayer. But when assigned a killing he found questionable, Mirren abandoned the tribunal's political machinations and disappeared - only to resurface two centuries later as the protector and second-in-command of Penton. Now the tribunal wants him back on their side. To break their rogue agent, they capture Glory Cummings, the descendant of a shaman, and send her to restore Mirren's bloodthirsty nature. But instead of a monster, Glory sees a man burdened by the weight of his past. Could her magic touch - meant by the tribunal to bring out a violent killer - actually help Mirren break his bonds and discover the love he doesn't believe he deserves?


The book starts very well for Matthias Ludlam. He finds a psychic unvaccinated human woman work as a convenience store clerk, and he just takes her. Determined to find out what her powers are exactly, and using them for himself. But no matter what he and his minions do to her, she won’t break and tell him her secrets.
His other prisoner is just as stubborn. His loyal manager/toadie Shelton has managed to capture Mirren Kincaid at one of Penton’s safe houses, and has taken him prisoner for Matthias. Matthias wants Mirren to break his bonds with Aidan, and come back to work for the council, or rather himself, as an assassin again. And to bring his wayward son, who is living in Penton as well, back to his home and under his thumb. But Mirren keeps refusing him. Being starved doesn’t seem to bother him either.
Exasperated with both his victims, Matthias decides to throw Glory in with a starved Mirren. Perhaps if Mirren kills her while feeding from her veins, he will become an assassin again.

But Mirren has more honor than that, especially as he sees what Matthias and his minions have done to the girl. Aggravated as he is by her chattering, he still won’t harm her. Luckily, at the same time this happens, Aidan and Will, with the help of Hannah, have finally figured out what has happened to Mirren, and know where to find him. And so Will, who knows his father’s property best, sets out to break Mirren out of the silver barred room. If not for the silver, Mirren would have escaped long ago.

When Mirren wants to take Glory with him to Penton, Will is surprised. Mirren has never cared for a woman before, as far as he knows. It takes a while before they can get Glory of her forced heroine addiction, but even under thrall, neither of the vampires can get Glory to divulge her secrets, even though they all can sense or rather feel the power inside of her. Glory has learned first hand that vampires exist, and how much it hurts to be fed upon, so she has a hard time deciding if she wants to stay safe in Penton, or go somewhere else with the risk of Matthias Ludlam finding her again. He has a habit of killing of loose ends, and her testimony could have him kicked of the Council and into prison.
But there really is not much of a life to go back to. She never fit in with her family so she left home at 16. She would love to open up her own restaurant some day, and perhaps she can do that here in Penton. She will have to be bonded to Mirren or one of the other vampires though, so wandering rogue vampires can’t feed on her. With the current level of starvation in the country, more and more vampires go roaming the country looking for un-vaccinated humans.

With the threat of Matthias and the Council coming after them, the Penton vampires really need to put project Omega on a faster track. They might need their refuge sooner rather than later.

Glory is blending in, with some help from Melissa, Aidan’s fam, and her husband. She is even living in Mirren’s house, something totally unheard of. And with her telekinetic powers, not even the intricate locks on his secret day resting place are a match for her. The other vampires soon notice that Mirren is fallen for Glory as his mate, even though he keeps denying it. But why else would he put up with her in his home, touching his things?

Not only Matthias is an enemy and a danger to the Penton vampires though, one of Aidan’s oldest friends thinks he can do whatever he wants as well, without regards to human feelings.


I enjoyed this second book in the series very much. I enjoyed Glory, who talks a lot when she is nervous, but who is a really courageous woman. She faces facts and the future with open eyes and determined to do the best she can. She notices details about Mirren none of the others who have known him for decades ever saw. I loved how she would cook tasty dishes so Mirren could smell them, and then eat them an hour or so before he came to her to feed, so he could even taste it in her blood. Glory is caring, and giving, and totally blooming as a person now she is in a community where she is accepted. And not treated like a freak.
And the hard bolster soft hearted Mirren was a joy to read about. He was the strong silent type in the first book, and he tried to be in his own story. But Glory just got to him, and she changed him for the better. He did not go all alpha male on her, dictating to her, as could be expected, but he let her take a job to pay for what she needed, and he let her clean his house and stuff.

There is a lot of action and bloodshed in this book, but there is plenty of space for romance and I am already looking forward to the third book, about Will. Susannah Sandlin has created a really unique world, where the vampires are starving because human blood has become poisonous to them. The old ways will have to go, and Aidan Murphy has build himself and his followers a great society in a small village. But jealousy and hatred are fighting to destroy his world and his community. Susannah is not afraid of killing people who are important secondary characters in this world either, for which I applaud her. It gives just this touch of reality extra to the world.