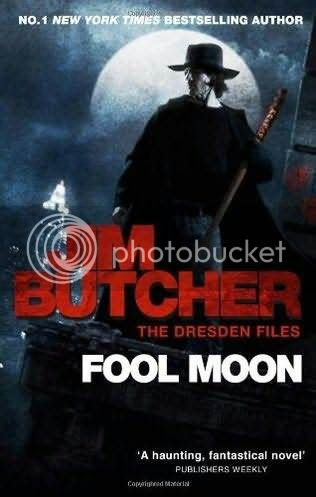 Business has been slow. Okay, business has been dead. And not even of the undead variety. You would think Chicago would have a little more action for the only professional wizard in the phone book. But lately, Harry Dresden hasn’t been able to dredge up any kind of work – magical or mundane.
But just when it looks like he can’t afford his next meal, a murder comes along that requires his particular brand of supernatural expertise.
A brutally murdered corpse. Strange-looking paw prints. A full moon. Take three guesses – and the first two don’t count.


Another series I feel everyone has read already, and I just read the second book. But I did enjoy it and I will read the rest of the series.

Harry Dresden is a wizard in Chicago, and business is not going well for him. A newspaper article has linked him to the main mobster in town, and the police are avoiding his help. His friend Murphy is under investigation and can’t afford his help. And this means, people are dying and he doesn’t know about yet.
Are wild dogs attacking people, or do werewolves really excist? Bob the Skull gives Harry a crash course on the subject, and the four different kind of werewolves there are, and he in turn tells Murphy. But the FBI is taking over her case, and they are both not welcome to interfere. Or are they? Harry is sent to investigate a strange biker gang, who are rumoured to be werewolves, but are they? And if so, are they the killers?

A very sinister plot, and Harry gets hurt a lot, but in the end saves the day and the girl. A very good story, a good mystery and really bad guys. But is there a mastermind after him?

I hope to read book 3 soon.