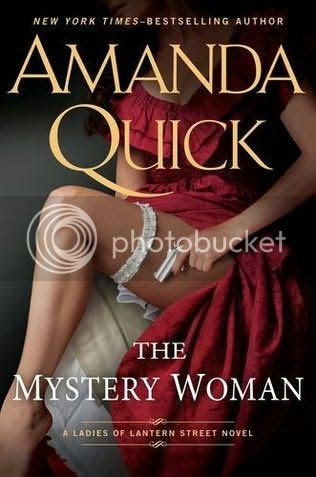 Under the plain gray skirts of Miss Beatrice Lockwood’s gown, a pistol waits at the ready. For Beatrice is a paid companion on a secret mission—and with a secret past—and she must be prepared to fight for her life at any moment.
Yet she is thrown oddly off guard by the fierce-looking man who joins her in foiling a crime outside a fancy ball—and then disappears into the shadows, leaving only his card. His name is Joshua Gage, and he claims to know Beatrice’s employers. Beyond that, he is an enigma with a hypnotically calm voice and an ebony-and-steel cane. . . .
Joshua, who carries out clandestine investigations for the Crown, is equally intrigued. He has a personal interest in Miss Lockwood, a suspected thief and murderer, not to mention a fraudster who claims to have psychical powers. The quest to discover her whereabouts has pulled him away from his mournful impulses to hurl himself into the sea—and engaged his curiosity about the real Beatrice Lockwood, whose spirit, he suspects, is not as delicate as her face and figure.
He does know one thing, though: This flame-haired beauty was present the night Roland Fleming died at the Academy of the Occult. Guilty or not, she is his guide to a trail of blood and blackmail, mesmerism and madness—a path that will lead both of them into the clutches of a killer who calls himself the Bone Man. . . .


Beatrice is a paid companion from the Flint & Marsh agency. They specialise in supplying paranormal investigating agents for short term contracts of a psychic nature. She is hired to protect Lady Pennington’s granddaughter, Daphne Pennington, as there are rumours the young heiress will be kidnapped by a fortune hunter.
With the help of a mysterious gentleman she can prevent the kidnapping, and the gentleman takes it upon himself to disgrace the would-be kidnapper in polite circles. Even though Joshua Gage needs a cane nowadays, he still exudes an aura of danger. Of course, she could have handled things herself, with the help of the tiny pistol she is wearing beneath her skirts …

Beatrice has not always been a companion. She was born from dirt poor parents, and was determined to make something better of herself. So with some scheming, she managed to get herself into a boarding school and got herself an education. At age 19, she got a job as governess to a sweet little boy, and became good friends with his mother. But the husband killed his wife in cold blood, and Beatrice got the blame. She has been in hiding ever since. Her next job was as a psychic at the Academy of the Occult, until her mentor was brutally murdered. She narrowly escaped the clutches of the murderer, who was after her, and started working for Flint & Marsh shortly thereafter. She really enjoys her new job, and her new friends.

Joshua Gage used to work for the most infamous spy master of England, mr. Smith, and was only known as The Messenger. A horrible accident cost him the woman he loved, and almost cost him his life. He can no longer live in the shadows, wounded as he is, but his mind is still cunning. His sister is being blackmailed, and he believes the only person capable of that, is Miranda, the psychic his sister regularly went to. And so he sets out to find this woman, and find out exactly what she knows. He has reasons to believe that he has found his quarry in Beatrice, but her little gun really surprised him. It sure has been a long time since he felt anything at all for a woman, let alone admiration, even though she might be his sisters blackmailer.

After some necessary explanations the next day, they decide to hunt the blackmailer together, as Beatrice sure is in danger now she has been found. If Joshua could do it, the Bone Man can too …


I have been a fan of Amanda Quick (who is also Jayne Castle and Jayne Ann Krentz) for over 25 years now, and I still look forward to the new book. And this one was refreshing in the sense, that the hero does absolutely not believe in psychic powers, even though he has considerable powers of his own. If he sets out to find something or someone, he finds it. But he thinks it is his subconscious that is processing what he sees and hears, and not some sixth sense. This means he also does not believe in our heroines’ psychic powers, which she finds very frustrating at times.

Beatrice is mature, strong and independent, and I really enjoyed her character. Together with Joshua they end up in strange situations, but she holds her own, even when accosted by some drunken lord who won’t take no for an answer. She has fought hard to make something of her life, and I admire her for that. Joshua was also surprised that he did not need to rescue her, as he was about to do. Great scene.
Joshua is scarred, and not a very trusting person, but he does trust Beatrice to help him in his investigation. Even when it leads to a madman, and some nasty surprises in the end.

The plot was unique, and scary at times, with some real strange and lunatic people and ideas. Joshua’s nephew and sister also play a nice part in this book, and I think I will see the nephew again sometime.

I do recommend this series to all lovers of historical romance with some psychic powers thrown in. It is not part of the Arcane series, but it could be. The society is just not mentioned, nor the Jones family.