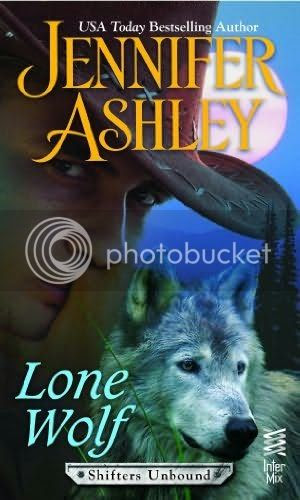 Ellison Rowe is a wolf Shifter who has embraced all things Texas. He's a cowboy through and through, complete with a Texas drawl, cowboy hat, and well-worn cowboy boots. He's also lonely, though he feels obligated to look after his sister who is recovering from a hit-and-run accident that has left her striving to control her feral tendencies.
Enter Maria, a human woman taking refuge with the Shifters, who volunteers to look after the cubs and help Ellison's sister. Maria too is recovering from a haunted past - she was kidnapped and held hostage by a rogue Shifter and then disowned by her family when she was set free. Now she's on her own, but determined to put her life back together and leave Shiftertown for good.
But someone is attempting to abduct Shifter cubs, and Maria and Ellison know they must stop him. As Maria works with Ellison to track down the kidnapper, she finds her heart slowly awakening once more. And Ellison realizes that Maria may be just the one to bring light back into his life...


Ellison has fallen hard for Maria the very first time he saw her, but he knows she is not ready for a mate. She has been abused by rogue shifters, and after that, disowned by her family. Now she is living in Shifter town, and working in the bar, and other small jobs. Maria wants to build a future for herself, she wants to go to college and become a doctor, she wants to escape Shiftertown. But Shiftertown is full of men desperate for a mate, and one of the wolves is forcing the issue. Broderick claims Maria, and is ready to get his way with her. Lucky for Maria, Ellison saves her, and Challenges Broderick. But Maria knows her rights under shifter law, and denies them both.

The next day, Maria is baby sitting Olaf, a polar bear cub, when she gets into trouble. Olaf has gotten away from her in the park, and has entered some sort of tunnel. And due to her imprisonment, Maria really does not want to go in there. Lucky for her, Ellison, Broderick and Tiger have come after her, when they sense trouble. Some men are trying to capture Olaf and abduct him. Ellison can barely restrain Tiger from killing them all, Shiftertown really does not need the trouble that will cause. There are other ways to find those men and deal with them. But first Dylan will visit their favourite criminal for what is happening. Apparently, a new bad guy has come to town, and he deals in shifter cubs on request of the rich and famous who want them as pets. As all pets are precious to Shifters, this cannot be tolerated, and it has to be stopped.
But when Maria is taking her exams, and witnesses Connor being kidnapped, there is no stopping her in getting involved.


A great not-so-short story in the Shifter series, and as usual, I loved it. Jennifer Ashley has created such a great world, with different kinds of shifters forced to live together in Shiftertowns, and with Fae lore thrown in.
Maria is strong, she has endured a lot of abuse at shifter hands, but she is not afraid of them in this Shiftertown. She is under the Morrissey’s protection, and that means a lot. But she likes Ellison, he can make her smile, even when she is hurting.
Ellison comes across as a big goof ball, dressed as a cowboy. But he is the head of his small pack, consisting of his sister and her two cubs. And ever since his sisters’ accident, she has those episodes where she goes feral, not recognizing anything or anybody, and a danger to herself and others. Nothing seems to be working to heal her, or bring her back and Ellison is the only one who can subdue her without tranquillizers. And now he has fallen for Maria, and will do whatever it takes to keep her safe and let her make her own choices. Although he will try to persuade her to choose him.

I love this series, and recommend it to all lovers of this genre. Both the full length novels as the novellas.