One question for Ellery Adams.

As you perhaps already know, I am a big fan of Ellery Adams’ cozy mystery series, both the Books by the Bay series, and the Charmed Pie Mysteries. She is also one half of the writing duo Lucy Arlington, and they write the Novel Idea Mysteries. I fell in love with the covers, but those books are some of the best cozy mysteries I have ever read. I have not yet tried her other penname, that of J.B. Stanley, but I intend to do that soon.

I am very much looking forward to reading the next Books by the Bay book, Poisoned Prose, which will be released in October.


Poisoned Prose, the fifth book in the Books by the Bay Mystery series, to be published October 1, 2013. 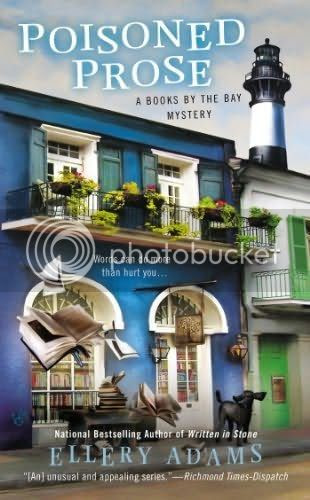 When Olivia Limoges and other Oyster Bay patrons of the arts sponsor a retreat for famous storytellers, one of them is going to have a very unhappy ending...

Olivia thought gathering some of the most renowned storytellers in one place would be a nice, simple way for herself and the Bayside Book Writers to appreciate their talents. But things take a dark turn when the most famous storyteller in the nation - the captivating performer Violetta Devereaux - announces onstage that she will meet her end in Oyster Bay.
When Violetta is discovered murdered after the show, everyone involved with the retreat becomes a suspect. There are rumors that Violetta, who grew up in extreme poverty in the Appalachian Mountains, possessed an invaluable treasure. Now Chief Rawlings and the Bayside Book Writers must work at a frenzied pace to solve the crime before someone closes the book on them.


I do follow Ellery on Facebook, where she often tempts her readers with the recipes she is trying out for her books.

Aurian: Hi Ellery, can you please tell me and my readers what your writing plans for the future are? How many books have you planned in all your series? And are you perhaps working on something new and secret as well?

Ellery: I love a secret! And because you and your readers are so wonderful, I’ll let you in a little secret. I am embarking on a new series called The Book Retreat Mysteries. The first in the series, Murder in the Mystery Suite, will debut August 2014. I love this series because it’s a combination of Downton Abbey, PBS’ Masterpiece Mysteries, and all things bookish. The setting is an enormous manor house, which has been taken apart, stone by stone, and rebuilt in America. The manor becomes a resort called Storyton Hall and is designed specifically for readers (no technology allowed in the public areas, please!). In the first book, the resort hosts a Murder and Mayhem week and all the characters get to dress as famous detectives. A rare book is stolen, chaos ensues, and a Pandora’s Box of secrets is opened to the astonishment of all. Add an afternoon tea service that’ll have you drooling, a book club of eccentric ladies, and a dashing, but rather suspicious man to the mix and you have Murder in the Mystery Suite. I can’t wait for you to meet my new favourite cast of characters! There’s a cat too (based on my own Sherlock Holmes. See photo). 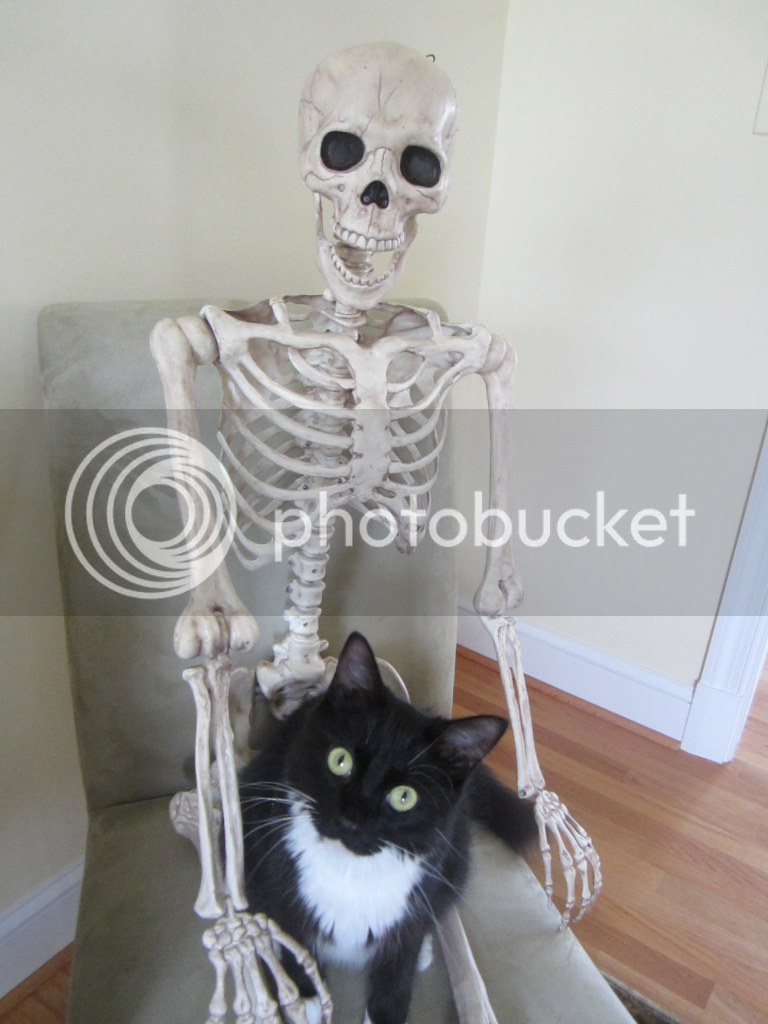 As for the other series, I have seven books planned for Books By the Bay thus far. I am foreseeing an end to Olivia’s journey around Book 8 or 9. I’m writing Book 6 now (tentatively called Wicked Vows and if you guessed there will be a wedding scene, then you’re correct) and have signed a contract for Book 7. However, this series won’t go on forever. I believe in finishing a series on a strong note and beginning another instead of dragging one on and on just because it sells. I hope readers can understand that (gulp).

The Charmed Pie Shoppe books are by far the most challenging to write. Sometimes I feel like I’ve lost my mind in trying to plot three separate themes in every book (mystery, fantasy, and culinary) and the storylines have become more complex than I’d ever imagined. But I like the challenge. I have committed to a fourth book and will start research on that one soon. I’m determined to use the Arthurian legend of the Lady of the Lake because I’ve been intrigued by her for decades. I’m thinking of making her very old, very beautiful, and very wicked. What do you think?

I want to thank Aurian for supporting me for years and to every reader who spends his or her hard-earned money on my books. I am hoping you will all enjoy Poisoned Prose. It may be my favourite of all my twenty-three books thus far and I’m eager to hear your feedback. Have a lovely autumn and I hope to chat again soon when Pecan Pies and Homicides comes out in January. And if we’re not Facebook friends yet, let’s fix that soon! Come find me – I promise to accept your request so we can chat about books, food, and life. Cheers! Ellery