The fourth book in the Mythos Academy series, published December 24, 2012.
Genre: YA urban fantasy
Cover: I like it. 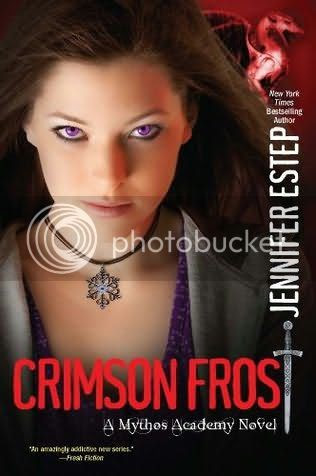 Gwen should have known that her first official date with Logan Quinn was destined to end in disaster. She was prepared to get into a sword fight, or be ambushed by Reapers. But getting arrested mid-sip at the local coffee hangout? She didn't see that one coming. Gwen is accused of purposely helping the Reapers free the evil god Loki from his prison - and the person leading the charge against her is Linus Quinn, Logan's dad. The worst part is that pretty much everyone at Mythos Academy thinks she's guilty. If she's going to get out of this mess alive, she'll have to do it herself...

A short review this time, as I don’t want to spoil anything, and it has been a few weeks since I read the book. I have been ill since.

I really enjoyed this new book in the series very much. It was action filled, and captivating, and I really felt for Gwen, when all her schoolmates thought she was guilty, and tried to hurt her, or even kill her themselves. So when in the end the truth became known, and she saved the day, I was very happy.
Of course, her real friends and her grandmother and favourite teachers never deserted her, and they helped whenever they could, but life was pretty difficult for Gwen those few days the book took place in. But she is resilient, and as the real Champion of the Greek Goddess Nike, she never does give up. And some unexpected allies show up as well, surprising Gwen, and me.
Still, saving the day only means saving the day, not winning the battle. Tomorrow is a whole new day, and will she really have to go through it without the boy she loves? Without Logan at her side?

The bad guys are really bad and keep themselves hidden in plain sight, and they know how to plot and plan longtime.

It is a good series, even if you are not really a fan of Young Adult books, like me. I enjoy the different mythologies, the gods and goddesses and their Champions, the whole worldbuilding. Jennifer Estep is a master in worldbuilding, and I would love to go take a peek at Mythos Academy myself, walk its grounds, see the statues and the Library of Antiquities myself.
I do recommend this series.

Full review on my blog, www.boeklogboek.blogspot.com