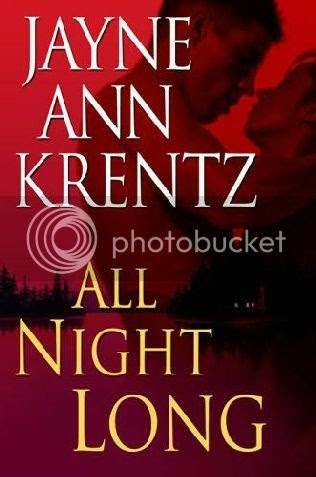 After the violent deaths of her parents seventeen years ago, Irene Stenson left the tiny lakefront town of Dunsley, Oregon. Now she’s back, and determined to discover the truth about what happened that night. Armed with a shocking new lead and her experience as an investigative reporter, Irene dives straight into the mystery and finds herself in deep trouble.
Luckily, ex-Marine Luke Danner is on hand to pull her out, and his calm, quick thinking response in the face of danger makes him the perfect ally. And as the intrigue deepens and the secrets turn deadly, Irene will need all the help she can get if she is to lay the past to rest.


Since Irene Stenson discovered her parents’ dead bodies in the kitchen one summer night when she was seventeen, and her aunt took her away, she has never come back to Dunsley. But now her former-best-friend-for-one-summer, Pamela Webb, has contacted her and asked her to come visit. She hints at having information about what really happened that night, as Irene never did believe the police when they ruled it a murder-suicide by her father. Her father was the local chief of police, and he was very good at his job, he helped a lot of people. He and her mother were also very much in love.
According to her psychologists, Irene needs closure for what happens, she needs to find out the truth, or accept the verdict. And so Irene has come to Dunsley to find answers. Irene is staying at the old lodge motel at the lake, which is now run by Luke Danner, a former Marine.
Luke is intrigued by Irene from the moment she steps in his lobby and hires one of his cabins. He notices her nervous way of pressing the redial button on her phone every few minutes while they are watching the news together on his small tv. The cabins are rustic, without many amenities. So when he sees her leaving her cabin at ten in the evening that night, he decides to follow her in case she runs into trouble.
Pamela has not been answering her phone all day, and finally Irene decides to check out her house, to see if she is home at all. When she sees find Pamela at home, lying on the living room coach, Irene decides to take the key to the back door from its ancient hiding place and go check up on Pamela. But it is already too late, Pamela is dead. And when she finds that out, Irene is glad that Luke is suddenly in the room with her, even though she does not understand why he followed her.

An overdose by drugs and alcohol, suicide, is the quick verdict from the new police chief, as Pamela had a history of drug abuse ever since she was a teen. Why would Pamela kill herself when she wanted to talk to Irene after seventeen years? Why is there no note? Her father, Senator Ryland Webb, doesn’t want an investigation in Pamela’s death. He is going to run for president, he does not need any negative publicity; he wants the case closed, and Irene to keep her mouth shut.

The next evening, she goes back to the Webb house, intend on searching for any clue to why Pamela wanted to talk to her. And in the secret hiding place they used as girls, she finds a key. A shiny new key. But before she can think about it, she hears someone walking downstairs. Irene panics, and quietly leaves Pamela’s bedroom for the deck near the master bedroom. And suddenly there is Luke again, saving her when the house goes up in flames. The arsonist flees in his boat thought, without revealing himself to them.

The villagers think that Irene has post traumatic stress syndrome, from the shock of finding parents, and think her delusional in pursuing her investigation. But Luke agrees with Irene, that something is off here, he has a knack for connecting dots, and he offers his help in finding out the truth. Irene and Luke have a great connection, they understand the problems they have both faced, and how they are dealing with it all. Luke’s family also think he is suffering from post traumatic stress disorder after everything he saw while in the Marine Corps, and want him to visit a shrink. But Luke refuses; he just doesn’t like the family business, and wants to make a life on his own. And now there is Irene, whom is the first female he is truly interested in, in a long time. His short engagement six months ago was just a big mistake, of trying to live a normal life.

But investigating this case turns out to be dangerous, when Irene almost is driven from the cliff into the lake, and more people die.


I needed a feel-good read last night when my head was tired, and so I picked a Jayne Ann Krentz book. I really love her writing style, it is kind of laid back, easy to read and has a quiet kind of humor that totally fits me. I like her characters a lot, they often have unusual jobs, and a hard background, but are capable. And this was the case with Irene and Luke as well.

When the truth was revealed, I was shocked. But perhaps I am more shocked to realize that I am not surprised by this plot at all, that I completely believe that powerful men and especially politicians act this way, feeling entitled to whatever they want and do and expect to get away with it. Who was it that said power corrupts?

Even though this is a stand alone novel, I did recognize some of the names of secondary character in this book, but can’t remember their own titles.