Recommendations from Karin, Maia and Peggy

In order to bring some more variety to my blog, I have asked my best friend Maia, my new friend Karin from Austria and my old friend Peggy from Belgium to give us their recommendation of the month. They will tell us how many books they have read in the past month, and which they have enjoyed the most, and which one they do recommend to you all.

I have read 6 books in the past month (but I have been rereading one of my favourite ones several times and counted it only once), and the 3 books I enjoyed the most are:

The one I want to recommend to all Aurian’s readers is none of the above but one of my all time favourites: 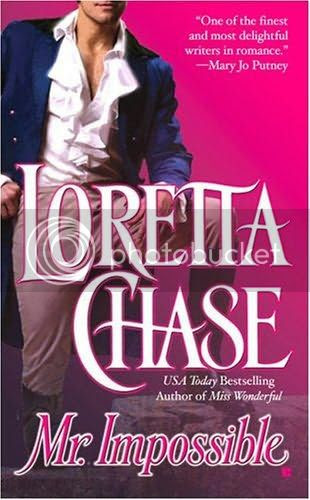 Blame it on the Egyptian sun or the desert heat, but as tensions flare between a reckless rogue and beautiful scholar en route to foil a kidnapping, so does love, in the most uninhibited and impossibly delightful ways.

This is a historical romance book out of a series about the Carsington Brothers but it can easily be read as a stand – alone.
It tells the story of Rupert Carsington, the Earl of Hargate’s unmanageable hellion of a son, who has been sent to Egypt on account of being unmanageabe. One could expect him to not get into too much trouble there. After being arrested for the 23rd time in one month, the widow Daphne Pembroke (she was taken to Egypt by her indulgent brother to study the hieroglyphs and possibly decipher them) pays the necessary bribes to get him out of prison. She needs his help, her brother has been kidnapped.
This is a romance of course but it is so much more as well. It is one of the most sharp witted, adventurous, funniest and at the same most tender books that I have ever read. I highly recommend this book for anyone who can take the time to read it in one sitting. I would also like to recommend another book by Loretta Chase: The Last Hellion

I've read four books and one novella last month. Two books by Sara Ramsey, one by Kevin Hearne and one by Kimberley Raye. The novella was by Julia Quinn.

And the 3 books I enjoyed the most are

2. Heiress without a cause by Sara Ramsey

The one I can recommend to all Aurian’s readers is Hunted by Kevin Hearne. 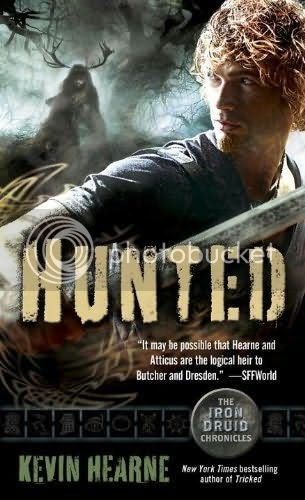 For a two-thousand-year-old Druid, Atticus O'Sullivan is a pretty fast runner. Good thing, because he's being chased by not one but two goddesses of the hunt - Artemis and Diana - for messing with one of their own. Dodging their slings and arrows, Atticus, Granuaile, and his wolfhound Oberon are making a mad dash across modern-day Europe to seek help from a friend of the Tuatha Dé Danann. His usual magical option of shifting planes is blocked, so instead of playing hide-and-seek, the game plan is . . . run like hell.
Crashing the pantheon marathon is the Norse god Loki. Killing Atticus is the only loose end he needs to tie up before unleashing Ragnarok - AKA the Apocalypse. Atticus and Granuaile have to outfox the Olympians and contain the god of mischief if they want to go on living - and still have a world to live in.

The Iron Druid Chronicles is one of the few non-romance series I read. I love the world Kevin Hearne has created where the gods are made by the belief of man and Earth is a living thing. Atticus, our druid has made a lot of enemies and they are hunting him (title of book!).

He literally has to run for his live. It’s a thrilling story with a lot of smiles, but also lots of tears, especially at the beginning! I’ve read every book in this series and will be gobbling the next one up as soon as I can get my hands on it!

Aurian: You can read my review of Hunted here

I have read 10 books in the past month, and the 3 books I enjoyed the most are:

1. Tracey Garvis Graves - On the Island

3. Tabatha Vargo – On the plus side

The one I can recommend to all Aurian’s readers is:

Tracey Garvis Graves – On the Island 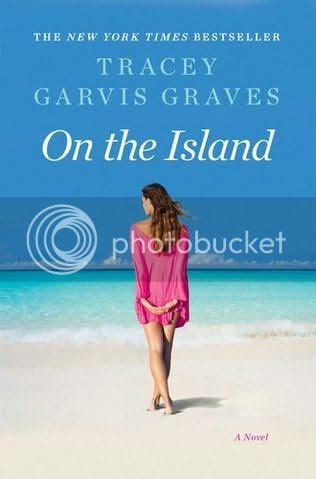 Two people stranded on an island struggle to survive - and slowly fall in love - in the runaway New York Times bestseller, now available with a reading group guide and a letter from the author

Anna Emerson is a thirty-year-old English teacher desperately in need of adventure. Worn down by the cold Chicago winters and a relationship that's going nowhere, she jumps at the chance to spend the summer on a tropical island tutoring sixteen-year-old T.J.
T.J. Callahan has no desire to go anywhere. His cancer is in remission and he wants to get back to his normal life. But his parents are insisting he spend the summer in the Maldives catching up on all the school he missed last year.
Anna and T.J. board a private plane headed to the Callahan's summer home, and as they fly over the Maldives' twelve hundred islands, the unthinkable happens. Their plane crashes in shark-infested waters. They make it to shore, but soon discover that they're stranded on an uninhabited island.
At first, their only thought is survival. But as the days turn to weeks, and then months, the castaways encounter plenty of other obstacles, including violent tropical storms, the many dangers lurking in the sea, and the possibility that T.J.'s cancer could return. As T.J. celebrates yet another birthday on the island, Anna begins to wonder if the biggest challenge of all might be living with a boy who is gradually becoming a man.


When I first saw this book, I was very excited. I love to read a ‘summer’ story in the summer (just like I love reading a ‘Christmas’ story during the Christmas time). The cover definitely breathes ‘summer’ and so does the story. I must confess that I had a little doubt about the age difference between the two characters. A thirty-year old woman and a seventeen- year old boy? But I was very intrigued about the story so I bought the book and I really, really loved it. It is even one of my favorite books of this summer.
When Anna and T.J. start their trip, they don’t know each other. Anna is offered a job by T.J.’s parents, tutoring him English at their family’s summer rental in the Maldives. On the way to the Maldives, their seaplane crash-lands in the Indian Ocean. The pilot is dead and they’re the only survivors. Luckily, they make the shore of an island. Unluckily, it’s an uninhabited island. Now they have to work together to survive. When you’re the only two people on an island, the only person you can talk too is each other and so you really get to know each other. And so does the reader, so when the time comes that they fall in love with each other and they begin a relationship, the age difference doesn’t matter, because you know them and their situation. I enjoyed the fact that I could read both her and his side of the story. You really get to know their feelings and fear. How it’s like to life on an island. The hunger, the fear of falling sick or never been found. The story doesn’t end when they are rescued but continues what I really found great. Because sometimes you want to know how it goes on and with this story I found it personally also necessary. You can read how their family, friends and the world react to their rescue and their relationship. And how it’s like for them to try to get back to the life before the plan-crash. Of course, the big question is … does their relationship have a chance in the big, big world? Because there’s a great difference between living on an island, being the two people there, and living in a world with so many people and their opinions. Well… I know the answer to that question.


Thanks for the recommendations ladies! So readers, tell me, have you read these books? Do you want to?