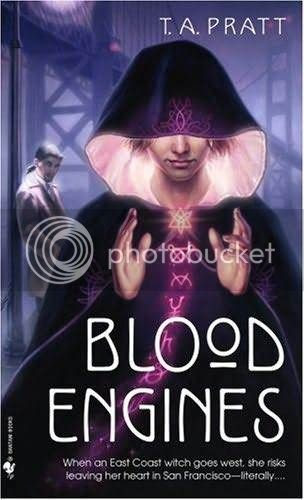 Meet Marla Mason - smart, saucy, slightly wicked witch of the East Coast.…
Sorcerer Marla Mason, small-time guardian of the city of Felport, has a big problem. A rival is preparing a powerful spell that could end Marla's life - and, even worse, wreck her city. Marla's only chance of survival is to boost her powers with the Cornerstone, a magical artifact hidden somewhere in San Francisco. But when she arrives there, Marla finds that the quest isn't going to be quite as cut-and-dried as she expected…and that some of the people she needs to talk to are dead. It seems that San Francisco's top sorcerers are having troubles of their own - a mysterious assailant has the city's magical community in a panic, and the local talent is being (gruesomely) picked off one by one.
With her partner-in-crime, Rondeau, Marla is soon racing against time through San Francisco's alien streets, dodging poisonous frogs, murderous hummingbirds, cannibals, and a nasty vibe from the local witchery, who suspect that Marla herself may be behind the recent murders. And if Marla doesn't figure out who is killing the city's finest in time, she'll be in danger of becoming a magical statistic herself.…


This series has been on my shelves for a long time, but when my good friend Sullivan McPig started reading it, and loved it, I finally picked the first one up.
It sure is different, more violent and casual, perhaps because I don't read much male authors. I prefer female authors writing a female heroine. And I still have the feeling that I miss some valuable background about Marla, how she came to be in the position of power that she is in. Yes, a prequel would be appreciated.

I like Marla, she is strong, she knows what she wants, and she goes after it. She knows her own powers, and she tries to take care of her city and those in it. We meet lots of different sorcerers in this book, most not very nice.
Yes, I will read the next book. I enjoyed this story, not loved it, but am intrigued, also with her magical cloak.