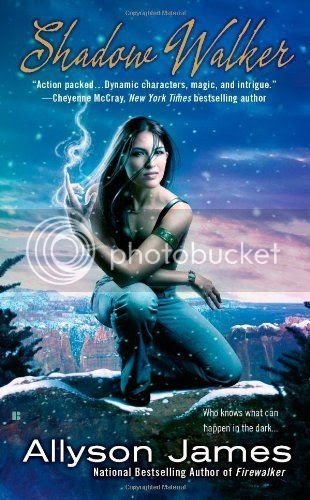 Racing her motorcycle down a lonely winter highway, Stormwalker Janet Begay feels the ground collapse beneath her feet. After tumbling two hundred feet into an underground cavern, she manages to escape with help from her sexy dragon-shifter boyfriend, Mick--but not before they disturb dark forces.
As Janet contends with a hotel inspector intent on putting her out of business, and her grandmother, who's taken up residence, Mick's behavior becomes strange and erratic, until he is a clear danger to Janet and her friends.
Janet's drag-queen, attitude-ridden magic mirror insists that Mick has been "touched by shadows," and Janet realizes that someone is out to enslave her dragon. Now she must free Mick before he kills her . . .


The series keeps getting better and better! After falling into a sinkhole in the highway, while riding her beloved Harley, and being chased by Sheriff Nash Jones, Janet's Beneath magic is the source of strange ancient symbols attacking her. Only her dragonshifter boyfriend Mick can save her in the nick of time with his dragonfire. When they are finally rescued from the hole, and the ancient cave system they fell into, stranger things keep happening.
Some being is after Nash, pretending to be his mother, and Mick is acting more and more strange lately, disappearing for hours at a time. Finally Janet finds out that a powerful witch has enslaved him, by using his real name.
Desperately, Janet searches for ways to free him from the witch, before Mick kills her and her friends… And what has her wicked half-sister Gabrielle have to do with it all?


Great series, I love the Navajo legends and lore in it, and the fact that Janet is Navajo herself, or Diné. Her grandmother sure is powerful and scary, and Elena, her Apache chef is equally strange and dangerous. They keep a very close eye on Janet, never really trusting her because of her Beneath magic, but Janet is learning to deal with it, blending it with her Stormwalker powers.
Other great characters are her handyman, and Maya, her electrician, who is Nash Jones' girlfriend. Cassandra, the hotel manager is also a strong witch, and her girlfriend Pamela is a shapeshifter. And then there is Coyote, causing mischief and never giving the answers Janet so desperately needs. Other dragon shifters are not friendly either, wanting to kill Janet for her powers, but Mick has made her his mate, and they can't touch her now.

Yes, great series, recommended. Great characters you become invested in, they tug on your emotions. Lots of magic and magical beings around, I do love that. And yes, very very hot love scenes.
Book 5 was released earlier this year.