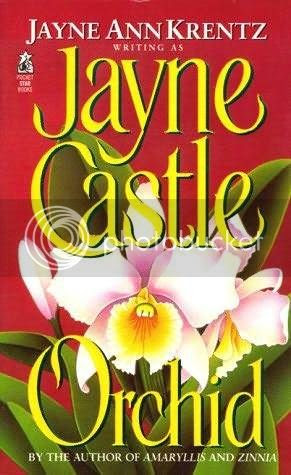 A top psychic for exclusive Psynergy Inc., Orchid Adams doesn't expect even the best marriage agencies on the space colony of St. Helen's to find her a husband who measures up to her dreams. It's just as well, because she's got her hands full with a baffling murder. One thing is certain: her new client, Rafe Stonebraker, is definitely not marriage material. But Rafe - primitive, elemental, powerful, perhaps dangerous - is perfect for an affair…
An unlicensed private eye with an edgy reputation and a psychic talent so awesome he hides his true power, Rafe has some serious secrets. Not only is he trying to solve a strange theft, he is about to replace his grandfather as CEO of Stonebraker Shipping and is fighting to ward of a hostile takeover. He needs a wife - and fast - to salvage his credibility. Orchid Adams doesn't fit the profile he had in mind, but she fits in his arms. Will their mind/body merger spark a rollicking and rocky partnership, just as his latest case threatens to end their world?


I liked this third in the series the best, Orchid is a great heroine. She is also an author of romance novels, featuring psychic vampires. Meaning talents with an off the chart power, that captivate the poor prism's that fall in their hands/powers. Her own rare prism talent is very much sought after by a dangerous scientist who wants to study it, and her, but she wants nothing to do with the creepy man. And neither do her friends…
Rafe Stonebraker is also a powerful Talent, and it won't be easy to find himself a wife who can deal with him and his peculiarities. But Orchid seems to have no trouble at all with that part of his personality. And when they work closely together to find out who stole the alien artefact, they sure learn everything about the other they need to fall in love.
But first they will have to survive the madman behind it all…

The three heroines in this series all work for Psynergy Inc, so they know each other distantly. The three heroes are good friends though; they all fought together against the pirates.
I love the worldbuilding a lot, the concept of talents and prisms, and the different kinds of psychic powers people have.

This might be an old series, but it is perfectly readable and I recommend it.