The seventh book in the Emma Harte series, published October 12, 2009.
Genre: contemporary romance
Cover: nice, but I prefer my cover 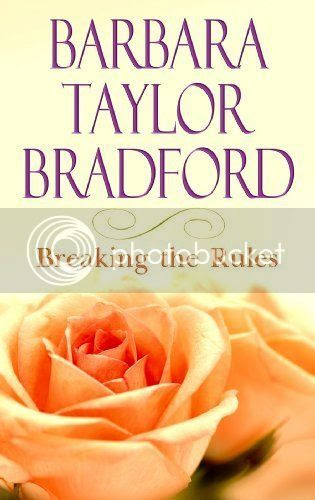 Following a terrifying encounter, a dark beauty flees to New York in search of a new life. Adopting the initial M as her name, she embarks on a journey that will lead her to the glamorous catwalks of Paris.
When M meets charming actor Larry Vaughan, they fall instantly in love and soon become an international sensation, appearing on the cover of every celebrity magazine. With her successful career and perfect marriage M has truly put the demons of her past to bed.
But M's fortunes take a dramatic turn when a dark figure from her past is back and determined to shatter her world forever.


I had no idea when I started reading this book, that it was the last book in the Emma Harte series, as M is determined to keep her past hidden, and make it on her own, without help from her family. But I got suspicious early on. She is such a strong character, she has elegance and posture and self confidence, is very smart and organized. Yes, she sounds perfect, but she is hiding her inner demons after the horrible event in the start of the book, and I admired her.
She is determined to become a model, and as she looks a lot like Audrey Hepburn, she eventually gets her big break.
When she meets Larry Vaughan at a party for a friend, they instantly have this connection between them, as they have known each other all their lives. When she was 10, M fell in love with Larry after seeing him in a play, so she does know everything about him. She does not tell him who she really is though.
But just when her life couldn't be more perfect, bad things are happening. An old enemy resurfaces, and neither M nor her sisters are safe from him…


A good book, and I thoroughly enjoyed it. I even ended up reading a part aloud to my best friend while driving through Berlin, and she liked that part (filled with action instead of love scenes, pff).
This is one of those sagas, a family series I cannot get enough of. Emma Harte as a character has made a big impression on me when I read this first as a teenager, and I have never forgotten that. It is certainly a series that I will re-read over the years.