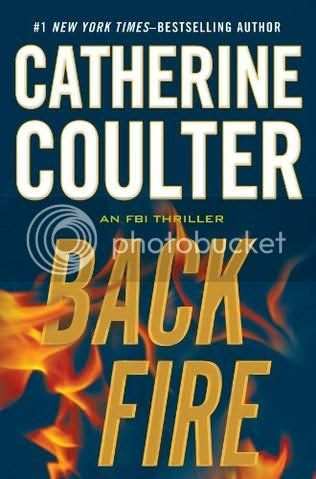 San Francisco Judge Ramsey Hunt, longtime friend to FBI agents Lacey Sherlock and Dillon Savich, is presiding over the trial of Clive and Cindy Cahill - accused in a string of murders - when the proceedings take a radical turn. Federal prosecutor Mickey O'Rourke, known for his relentless style, becomes suddenly tentative in his opening statement, leading Hunt to suspect he's been threatened - suspicions that are all but confirmed when Hunt is shot in the back. Savich and Sherlock receive news of the attack as an ominous note is sent to Savich at the Hoover Building: You deserve this for what you did. Security tapes fail to reveal who delivered the note. Who is behind the shooting of Judge Ramsey Hunt? Who sent the note to Savich? And what does it all mean? Savich and Sherlock race to San Francisco to find out. . . watching their backs all the while.


16 books already, and I still enjoy reading about Sherlock and Savich. Two married FBI agents, with a 5 year old son named Sean. The book starts with a threatening note, delivered to Savich at the FBI building in Washington. Someone claimed to have found it propped up against the wall, and brought it inside. The security cameras have not capture who delivered it, so the race to find out who send it to Savich, is on. “You deserve this for what you did”. Savich is very afraid they are threatening him with his loved ones, but he can keep neither his wife nor his son in a locked house all the time, trying to keep them safe. Then they get the message that one of their friends, Federal Judge Ramsey Hunt has been shot in the back, and is in critical condition in the hospital. His wife Molly begs them to come over, and find out who did it, and why, even though it is not really their jurisdiction, but for the United States Marshalls. So they will have to work closely together.

Is this hit related to the Judge’s current case? When the prosecutor disappears, it sure seems so. Savich decides to interrogate the suspects himself, and he will bring Eve with her. U.S. Federal Deputy Marshal Eve Barbieri looks like a teenage cheerleader, with her long blond ponytail, but she is one tough cookie. She is very good at her job, and she won’t be bullied, especially not by the arrogant FBI agent Harry Christoff. She will work with the man if she must, but she won’t take attitude from him.


Okay, I am not going to spoil anything of the story itself. Let me just tell you my thoughts. I am a long time fan of Catherine Coulter’s books, in all her writing genres. I like her FBI series a lot. This book though, has so many characters, it is very difficult to keep up with it. I did meet Judge Ramsey Hunt, his wife Molly and daughter Emma before, so I knew their history, before they became a family.
But in the protection of the Judge, there are so many different law officers involved. The US Marshals, the FBI, the San Francisco Police Department. Lots of names, lots of job titles. And then there is the FBI investigation going on in Washington, with the letter Savich received. Usually, this series focus on one couple of agents, from whatever law enforcement agency or even a civilian, and Dillon Savich and Lacey Sherlock as back up.

I enjoyed the parts with their son Sean, who is going to grow up to be a heartbreaker. He already has three girlfriends and wants to marry all three of them. He figures he has to get three jobs to keep them all happy. I enjoyed Emma, who had such a horrible past, and is now afraid of loosing her new father. She is 11, and a prodigy. An extremely talented piano player, who gets to perform with the big Orchestra after Thanksgiving. And she wants her father to be there.

What is finally getting to me though, is the lack of tension. It is just not thrilling enough this book, and that is because of the dialogues. It is all kind of polite, no cussing or shouting, just civil conversation between all parties. All kind of laid back, while there should be tension dripping from the pages. I just did not get that feeling. Not even when bad things happened. Yes, it is witty, and smart, you name it. It is just lacking suspense.
The plot is good though, albeit farfetched and I did not guess the truth before it was revealed.
The love scenes are behind closed doors, and I don’t mind that at all, but be warned if you really want some in each book you read.

It took me a while to warm up to Harry, especially when he keeps making nasty remarks about Eve looking like a cheerleader, and about her blond ponytail. But when she is wounded in the line of duty, he is the one who helps her. And when he finally figures out he is in love, and likes it, he totally spooks her, and thinks that fun when she literally runs off. Still, little time for romance with all the action and confusion going on.

I do like the book, I really do, but it could be more suspenseful in my opinion.