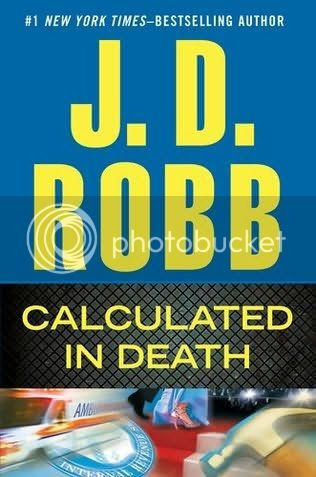 On Manhattan's Upper East Side a woman lies dead at the bottom of the stairs, stripped of all her valuables. Most cops might call it a mugging gone wrong, but Lieutenant Eve Dallas knows better.
A well-off accountant and a beloved wife and mother, Marta Dickenson doesn't seem the type to be on anyone's hit list. But when Eve and her partner, Peabody, find blood inside the building, the lieutenant knows Marta's murder was the work of a killer who's trained, but not professional or smart enough to remove all the evidence.
But when someone steals the files out of Marta's office, Eve must immerse herself in her billionaire husband Roarke's world of big business to figure out who's cruel and callous enough to hire a hit on an innocent woman. And as the killer's violent streak begins to escalate, Eve knows she has to draw him out, even if it means using herself as bait. . . .


Book 36 already, and I am still not tired of this series. I love catching up with Eve and Roarke, Peabody and McNab, and all their friends. Still, this book did not captivate me as much as the last few books in the series, less intense somehow. Which does not mean it is not a good book, it certainly is.

The murder investigation was exciting, and the murderer is truly bad and a creepy evolving psychopath. But his boss is even worse. There are so many bad and corrupt characters to choose from, all with a disdain for “normal” humans. I did not really have a target in my mind, but I did not expect this bad guy to be the one. Perhaps it all went a little bit too easy for Eve this time, with a judge in her corner from the start, although she certainly suffered her share of bruises and such again. She sure was lucky wearing the coat Roarke had made for her especially. Things might have gone very badly for her and Peabody.

I enjoyed Roarke and Eve together, Eve is getting stronger in fighting her nightmares, and I admired that. After all those books, she is still growing. But even the threat of Trina was not as severe as usual, and Eve did have to look her very best for the premiere of the Icove movie. It is after all Nadine’s big night, and as all her suspects told her they would be there, it is a great opportunity to draw out the killer.

And Truehart is going for his Detective shield! Yeah for Truehart, who is such a great secondary character in this series, and someone I would love to know in real life.