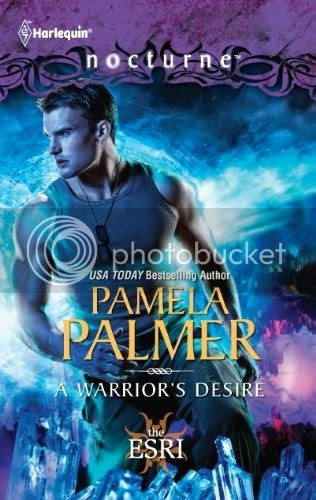 Former navy SEAL Charlie Rand embarks on the most dangerous mission of his career when he dives through a portal to rescue the only person who knows how to seal the gates between the Esri faery land and the world. But meeting up with his guide and companion through the adventure, the beautiful Tarrys, turns out to be his true revelation.
As the pair traverses the dangerous plains, the Forest of Nightmares and the crystal mines of Esria, they're pursued by beings who seek to kill Charlie and enslave Tarrys. But the greatest danger of all becomes the love that grows between the couple, a love that threatens to doom their mission to save humanity.


In the previous books, the Fae have opened the twelve portals onto Earth again, invading and enslaving humans at will, taking all females with them as their slaves. Only a small band of Warriors are capable of fighting the immortal Fae, and the only way to kill them, is with fire and the dead chant. The only hope of saving humanity, is to invade the Fae world Esria, and free Princess Ilaria, the one who closed the portals many centuries ago. She is held captive in the Forest of Nightmares, and they are their only hope of closing them again. It only takes a touch to enslave a human, body and mind, and nothing can break that enslavement. The slave has no choice but to do whatever his master asks of him or her, betraying family and friends.

Charlie Rand will go into Esria and find and rescue the Princess, to bring her back to earth. Using the portal in DC, he will have to travel for a month to find her, and take her back through the local portal. But Esria is an alien world, with different rules and different lifeforces. It will not be easy for him. Lucky for Charlie, Tarrys, an escaped Mercail slave (a different race of humanoids, enslaved by the Esri as well) decides to come with him to help him on this mission. After all, Charlie is human and mortal, and she is almost impossible to kill. Even though the risk of getting caught and enslaved again is very real, she has the choice to do this, something she never knew before, having been enslaved as a young girl about 60 years ago.

Charlie doesn’t want her with him, he won’t be slowed down with such a small woman who would not be able to keep up with him, but he soon is glad that she did it regardless. She knows the world, what to eat, how to find the food, or rather ask the planet for it, and she safes his life a few times. Tarrys is a goddess with bow and arrow and he hasn’t a chance to become as good as she is, now he cannot use his guns.
Together they travel for days, until they encounter an Esri, and when he notices that Tarrys is not enslaved (because she has hair!) he follows them. They are not supposed to kill the man, because that would leave a deathmark on the murderer, making him a free target for all the other Esri, and easily to find wherever they go. But in the end, deep in the Crystal mountains, they finally have no other choice. They still have to travel for weeks to reach the Forest of Nightmares, and will have to travel the Lands of Mist to get there.

Tarrys has had a weak spot for Charlie since he rescued her from her Master, which is one of the reasons she decided to go with him back to Esria. But Charlie doesn’t do relationships, and falling in love is not on his agenda. Heck, he doesn’t even know what love is! But ofcourse, he cannot help himself. Tarrys is a great partner, she doesn’t complain, she can keep up with him, she is brave and resilient, she safes his life a few times, and she doesn’t mind getting into danger herself, as she is not so easy to kill. During their journey, they really get to know each other, and Tarrys finds out more about her own race. They have not always been enslaved.


I really enjoyed reading this book, but mainly because of the vivid description of this strange world. I loved all the strange things that happened, the creatures that live there, everything. The lust between Tarrys and Charlie is clear from the beginning, though Charlie is fighting it as much as he can. He knows she has been raped by her former masters, and won’t add to that. There was some suspense of course, when Tarrys was taken again, and Charlie has to free her, but that does not end the enslavery. She fights him even though she doesn’t want to.
I did not like those characters from the start, but they quickly grew on me when I got to know them better. Charlie is honourable, with a bad childhood, and he wants to protect Tarrys even though he is the one in need of it. And he gives in when she convinces him of her right.


Pamela Palmer is one of the authors coming to LLC 2013 next year in Berlin, and one of the authors I will be interviewing for the blog soon. So, I had to read one of her books first, to know what kind of questions to ask. Luckily I had won this book earlier this year at Preternatura blog (thanks again Suzanne!) so I had one available. I also discovered I own the fourth book in her Feral Warriors series, so I ordered the first one in that series to start reading those books in order. The first two books in this series are no longer available for me. So yes, I did read out of order! But that did not prevent me from enjoying this book, especially as a lot that happened before was explained or told in the book.