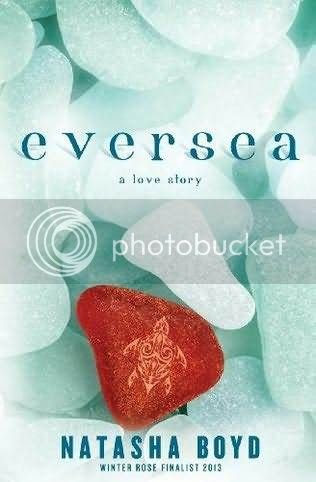 An orphaned, small-town, southern girl, held hostage by responsibility and self-doubt.
A Hollywood A-list mega-star, on the run from his latest scandal and with everything to lose.
A chance encounter that leads to an unlikely arrangement and epic love affair that will change them both forever.

When his co-star and real-life girlfriend is caught cheating on him by the tabloids, A-list hottie, Jack Eversea, finds himself in sleepy Butler Cove, South Carolina. Jack hopes the sultry southern heat in this tiny coastal Lowcountry town will hide him not only from the tabloids and his cheating girlfriend, but his increasingly vapid life and the people who run it. He doesn't count on meeting Keri Ann Butler.
Keri Ann has relied on herself so long, dealing with her family's death and the responsibilities of keeping up her family's historic mansion, that boys and certainly the meagre offering of eligible boys in Butler Cove, have never figured into her equation. But fate has other plans. Suddenly face to face with the man who played the movie role of her favorite fictional character, Jack has Keri Ann yearning for everything she has previously avoided ... and Jack must decide whether this funny, sassy girl is worth changing his life for, before his mistakes catch up to him.

This month my recommendations post is a little bit different. I haven’t read many books these last few weeks. So there will be no top 3 this month from me. The only books I have read were books from writers who are coming to the Love Letter Convention 2015 in Berlin.

One of these writers is Natasha Boyd.
I must confess that I hadn’t heard of her or her books before now but when I found out that she writes new adult books I was very curious about her! (I think most of you know by now that that’s a genre that I really love to read.) ‘Eversea’ is the first book of a series and I must warn you, it ends with a cliffhanger.

Keri Ann lives in the town Butler Cove in South Carolina. She lost her parents when she was young. So she and her older brother were raised by their grandmother. Now she lives alone in her family’s historic mansion. Her grandmother has passed away a few years back and her older brother is studying at the university to become a doctor. Keri Ann lives a quiet life, she works in the local restaurant in town. It’s here that she meets Jack Eversea one night.

Jack Eversea is on the run for the paparazzi. He’s a famous Hollywoodstar whose co-star and real-life girlfriend Audrey Lane is caught cheating on him with her new director. So now he’s hiding in a friend’s house in a sleepy town in the South of the country. In the hope of finding here some peace and quiet.

Keri Ann has had a crush for years on Jack Eversea. But then every woman has a crush on him. He’s young, rich, famous and (of course) handsome! So when she discovers him one night outside of the restaurant, she’s very surprised! She doesn’t know what to think of this but she gives him something to drink and eat and they start talking. At the end of that night they have made a deal, she will buy food for him in the local shop (so people don’t know that he lives here) and he will help her in her house. And so starts a friendship between the two of them. They get to know each other better and better.

At first, Keri Ann is very careful with her feelings. She has never had a date with anyone. That wasn’t in her plan for her future, her plan was to wait till her brother has finished his education and then it is her time to get out of this town. So the last thing she wants is a relationship holding her in this little town. But she didn’t count on Jack Eversea in her big plan. And the hard part is that she can’t ask advice from her best friend Jazz. She really wants to talk to Jazz about it but she promised Jack that she wouldn’t tell anyone.

But then Jazz finds out. At first, she’s very upset but then she tells Keri Ann to follow her heart and that’s what Keri Ann does in the end. She and Jack become more than friends. And that’s the moment where his famous ex is standing at his door. She has something to tell him, something that will change everything.

Some big news that will leave Keri Ann heartbroken at the end.

‘Eversea’ is a nice story. It isn’t a ‘dark’ book like many other new adult books that I have read in the past. But a story about young people who got a little lost in their life and now they have found something special with each other. So if you are looking for a sweet read, this is something for you. Like I said before this story doesn’t end in this book but continues in the second book ‘Forever, Jack’.