Robin Kaye – Back to you 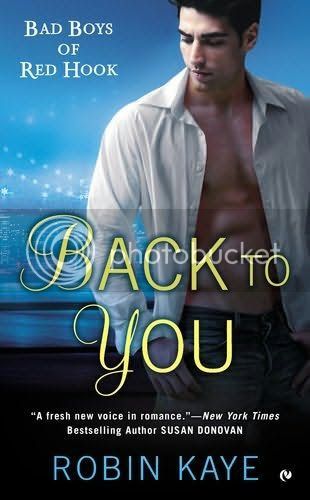 Award-winning author Robin Kaye proves that home is where the heart is, even for the bad boys of Red Hook, Brooklyn ....
It would take a miracle for Storm Decker to return to Red Hook - or a tragedy. The neighborhood holds too many painful memories of his troubled childhood, along with the mistake that sent him running from the kindness of the ex-cop he'd come to consider his father. But when Pete suddenly falls ill, Storm is called home to face the past he tried to leave behind long ago...
Breanna Collins never expected to see Storm again after he left town without a word, breaking her heart. She's angry that he can't seem to appreciate all the changes in their hometown. But she still feels a powerful connection to her old flame. And unless she can remind him of all the reasons to stay, she knows he'll never stick around long enough to give their romance the second chance it deserves....


Twenty or so years ago, Pete took in three abused boys, and gave them a home. He also took in Breanna, when her father died and her mother became over protective of her. As kids, Storm and Breanna fell in love with each other, but Storm did not want to stay in Red Hook, there was no future for him there, only bad memories. And so he ran away. He has ended up in New Zealand as the owner of a successful firm, designing yachts, and racing yachts. The multi million dollar kind of yachts. Breanna stayed at Red Hook though, where she is managing Pete’s bar and restaurant, after modernizing it. But now Pete has had a heart attack, and she can’t take care of Pete, the business, and Pete’s newest charge on her own. And so she has called to Logan for help, Logan being one of Pete’s other foster kids.
What Bree does not anticipate, is that Logan has send Storm. Or that she still has feelings for him. But what use are those feelings if he does not plan on staying more than two weeks? Why would she risk falling in love all over again with a man who will leave her again? She has made a nice life for herself in Red Hook. She is an active member of a committee to revive Red Hook, and make it a good place to live. And they have been very successful. She also has to take care of her mother, who doesn’t leave her house at all anymore.

Storm is determined to show Breezy that he has changed, that he has grown up, but how can he convince her of that fact? Lucky for him, her friends are on his side, as they want her to have a love life. He is shocked at the change in Pete “Pop”, and he is determined to take care of him, Nicki, and of the business. He just is not very good at organizing things, or taking care of a kid. But Nicki reminds him so much of himself, he is determined to do his best.


Storm and Bree keep butting heads, and Bree keeps distrusting Storm. And I really do understand why, and agree with her. Why should she fall in love with a guy determined to leave again as soon as possible? And what kind of idiot teaches a 10 year old girl how to drive? She can’t even look over the steering wheel, or touch the pedals! The fact that he stole cars at that age doesn’t mean children should be able to drive at that age. And when Bree decides to just use Storm for sex, and nothing else, he refuses her as he does not want to be used that way, he wants more.

Still, I did enjoy the story a lot, and I liked all the main characters. Both Storm and Bree have their scars and past to overcome. Perhaps Bree has become too rusted in her ways, not really living or taking risks. Can Storm relocate from Down Under back to New York?

I look forward to reading the other boys’ stories and I can guess at one of the heroines being Bree’s good friend Rocki.