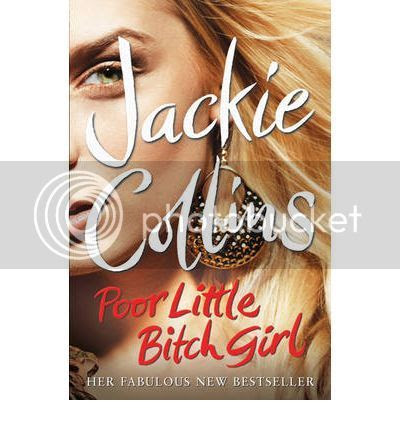 Denver Jones is a hotshot twenty-something attorney working in L.A. Carolyn Henderson is personal assistant to a powerful and very married Senator in Washington, with whom she is having an affair. And Annabelle Maestro – daughter of two movie stars – has carved out a career for herself in New York as the madame of choice for discerning famous men, with the help of her cocaine-addicted boyfriend, Frankie. Then there is Bobby Santangelo. Back in the day he went to high school with the three women, and Frankie is his best friend.
When Annabelle’s mother is found shot to death in her Beverly Hills mansion, the friends are thrown together, and secrets from the past have a way of coming back to haunt them…


I’ve recently read the previous book after years of not reading the books, and I am very happy I have the next book in the series on my shelves as well. It is just such a fun world Jackie Collins has created, a world were ordinary humans can only dream about. Movie stars, maffioso, Las Vegas, night clubs, private planes, hookers, and murder.
I loved catching up with Lucky, but she is not starring in this book, she only has a few pages in it. Her son Bobby is one of the main characters and he might have found the love of his live. Trying to help out his friends Annabel and Frankie, he meets Denver, who actually did go to school with them all, and had a huge crush on him, like every other girl in school. And of course, he did not know she existed. But when they meet as adults, there is this instant connection between them, but both their previous love lives interfere with them getting together instantly.

Carolyn has fallen for her sleazy Senator boss, and naively believes he will divorce his rich and influential wife to be with her. But all he wants is to get her out of his life so she can’t ruin it for him. And to do that, he goes to lengths he really should not have gone.

And Annabel is the neglected daughter from two huge movie stars, who has gone her own way in New York, making money acting as a madam for other famous women wanting to earn a lot of cash instead of giving it away for free.

Denver and Annabel actually were friends in school for a little while, but Denver did not have the style and the cash to keep up with Annabel, and when Annabel dumped her for her rich clique, she and Carolyn became the best of friends.

And now, Annabel’s famous mother is murdered, her father might be accused of it, and Denver is one of her father’s lawyers and got the assignment to make Annabel come home.


I was glued to the pages, lots of action and intrigue, and the lives of the rich and famous are mine to enjoy reading about. Funny that, as I don’t read any gossip magazines, or just magazines, at all. Even at the hair dresser’s, I pick up the Donald Duck comic. I don’t watch much tv either, so unless famous people from the 80’s are mentioned, I have no clue who is being talked about here.

But these kind of books, I recently discovered I still love them. It is pure escapism, a world that won’t ever be real for me, and rich and famous and gorgeous people who can do whatever they want and get away with it. Yes, it has violence, and sex, and action and intrigue and even a bit of suspense.

I liked Denver, she is feisty and no doormat, I adored Bobby as usual, Carolyn is just too stupid. Really? You are working in politics, and you think a Senator is leaving his rich and influential wife of many years for the assistant he got pregnant? You really think he will give up his comfortable life and his career for sex?
And Annabel, well, she is an egotistical bitch, everything is about her. And I have no idea what she sees in her drug addict of a boyfriend, except for the great sex, he is just a user.