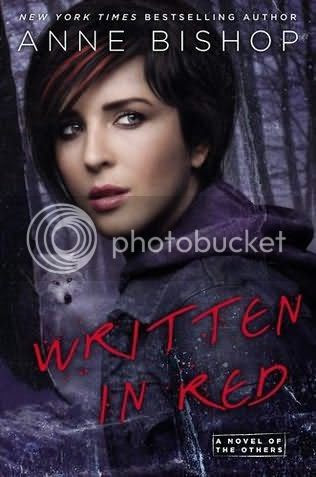 No one creates realms like New York Times bestselling author Anne Bishop. Now in a thrilling new fantasy series, enter a world inhabited by the Others, unearthly entities - vampires and shape-shifters among them - who rule the Earth and whose prey are humans.

As a cassandra sangue, or blood prophet, Meg Corbyn can see the future when her skin is cut - a gift that feels more like a curse. Meg's Controller keeps her enslaved so he can have full access to her visions. But when she escapes, the only safe place Meg can hide is at the Lakeside Courtyard - a business district operated by the Others.
Shape-shifter Simon Wolfgard is reluctant to hire the stranger who inquires about the Human Liaison job. First, he senses she's keeping a secret, and second, she doesn't smell like human prey. Yet a stronger instinct propels him to give Meg the job. And when he learns the truth about Meg and that she's wanted by the government, he'll have to decide if she's worth the fight between humans and the Others that will surely follow.


I loved this book. I read it twice, back to back, and secretly want to read it again. Instead, I re-read two of her Dark Jewels books this weekend. It is just sooo good. I love everything about it.
Can you envision a world, where the “monsters” from before mankind became sentient, are still around? Living amongst humanity, and being able to decide where humans are allowed to live and where not? They protect the earth, and they trade goods with the humans as they do like the technology they invent.
Of course, the real monsters in this book, are the humans. They are the ones who selfishly exploit the Cassandra Sangue, or blood prophets, for monetary gain, using them as property, never as human beings.
Meg Corbyn manages to escape the cage where she was held, and finds sanctuary in the Lakeside Courtyard, where the Others live. They do need a human liaison and as no one else eligible wanted the function, she is hired. Which saves her life. Meg is very ignorant about how the world works, having learned only those details necessary to be able to interpret her visions. But now she has the chance to really live, and to learn how to manage a household, and make coffee, drive a vehicle.
Of course, as her sensitive skin is so very valuable, her owner won’t let her escape just like that. He sends people out to hunt her. And to keep the Others safe, Meg is willing to risk her self. But the Others have decided she is hers, and they will keep her. Even heavily armed intruders have little chance against what really lives in a Courtyard….


I loved it so much. I loved Meg, our heroine, and how she discovers to live a kind of normal life. How she learns to interact with “people”, and to take care of the normal things in life.
I love how she deals with all the different Shifters in this book, and how she makes friends so easily with creatures feared even by the Others themselves.
I loved Simon Wolfgard, how he wants to protect this people, and his small nephew Sam. He owns the bookshop A Howling Good Read. All the other creatures were so well written too, like the Elementals, and Tess. I still don’t know what Tess is, though I have a picture in my head of something Medusa like, without the snakehair part. I really want to know what she is.
Human Law Does Not Apply in a courtyard, which will keep Meg safe. The world is written so vividly (and cold as it is the heart of winter), you can imagine it in your own town.

I really don’t want to spoil any of the fun for you to discover this book, I loved everything about it. I already loved Anne Bishops Black Jewels books, but this one is even better. There is no romance in here, perhaps in the next one. Yes, I can see that happening.