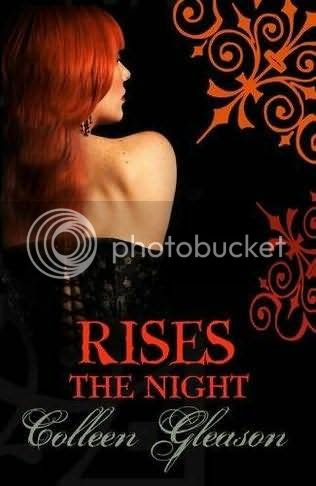 The Gardella Vampire Chronicles continue as the glorious nineteenth century city of Rome gives rise to a new threat from the immortal undead...
Lady Victoria Gardella Grantworth de Lacy has been a vampire slayer for just over a year, balancing her life as a peer of Society with the dangerous role that takes her out on moonlit streets, stake in hand. She has learned brutal and heartbreaking lessons about the sacrifices that must be made in order to save humanity from the evil that secretly preys upon it, but she has not wavered in her vow to fight on.
Now, in Italy, a powerful vampire is amassing the power to control the souls of the dead. As Victoria races across Europe to stop what could be the most deadly army the Gardellas have ever faced, her unlikely companion is Sebastian Vioget, a man as tempting as he is untrustworthy. But when Victoria discovers that she has been betrayed by one of her most trusted allies, the truth will challenge all her powers as a Venator ... and as a woman...


The first book ended badly for Victoria, when she had to kill her own husband who was turned into a vampire. Her year of mourning has almost ended now, and she is roaming London every night, looking for vampires but not finding any. Human predators a plenty though, and she sure runs those off as well. But Lilith seems to have taken all her followers with her.
Until she feels something near the Silver Chalice, Sebastian´s former pub, and she finally gets to kill a vampire again, and is almost killed by a demon in return.

Then at a house party given by her best friend, Victoria suddenly meets Sabastian Vioget again, where he is guarding Polidori, a famous author of … a vampire novel. The vampires are not happy with him, and the secrets he made known about them. Of course the general public thinks it a work of fiction, but it really is not. But that night the vampires attack, someone must have let them inside the house … The author is dead, but Victoria and Sebastian managed to kill some of them in return. And Victoria gets a hold of the author’s notes. Her aunt is needed though to brainwash the other guests.

When her aunt gets the word that there is something big brewing in Italy, they will travel there and Victoria will get to meet Venator headquarters.
Apparently, Nedas, Lilah’s son, has found Akvan´s Obelisk, and he will use it to become even more powerful than his mother. The Tutela, a secret society of humans who are helping the vampires, are recruiting new members big time, and Victoria tries to get in incognita. She barely manages to escape ...

In Rome Victoria gets a shock when she sees Max again, and he acts like he doesn’t know her. Why hasn’t he contacted her aunt in all those months? What has happened to him? Has he really become a traitor and a friend of the vampires now instead of a vampire hunter?

Victoria doesn’t know what to believe, she also doesn’t trust Sebastian when he offers his help. But she won’t stay put and wait as both men want her to do. She is a Venator, and she will fight.


Was what happened to Victoria in her private life in the first book horrible, what happens in this second book is even worse. But Victoria will have to continue the fight against Lilith and her vampires. At least a lot of them are killed in this book. She can’t tell who is a friend and who is an enemy, especially as it seems that every man she meets is an enemy, working with the vampires for one reason or another.

It is hard to write a review about this one, without spoiling some of the major surprises. And there sure are enough surprises! Most bad though. A lot of action and intrigue, and I cannot wait to read the next book. I am very curious to what exactly Wayren is, I am guessing something Fae.