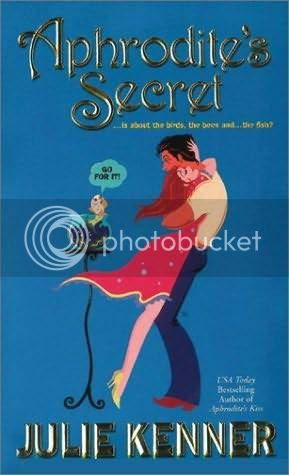 Making waves.
Jason Murphy could talk to creatures of the sea. He could also change into a dolphin and had a bunch of other superpowers like all Protectors; but none of them really help his situation. The love of his life didn't trust him anymore - thought his devotion was … fishy. Sure, she had her reasons: when she needed him most, he’d been focusing on his supercareer. But that was all over. He vowed to reel her back in.
It wasn’t going to be easy. His outcast father was still plotting world domination, and Jason was still pledged to protect mortals everywhere. His other Protector friends didn’t trust him, feared his commitment to justice. And though Lane still loved him – he could see it in her eyes – how to win her hand in marriage seemed the best-kept secret ever. Heck, pretty soon Jason would swear that beating up the bad guys was easy. It was this relationship stuff that took a true superman!


Jason Murphy has screwed his life up, big time. The day he found out who his father is, his girl friend told him she was pregnant. And he really did not deal with the as he should have. He wanted to confront his father and bring him before the Council of Protectors, but instead, he was captured and held prisoner in his dolphin form for 6 years. An earthquake helped him escape his father’s secret island lair.
The next year he spend under suspicion on Olympus, being interrogated as they suspected him from working with his father, instead of against him. So now his son is almost 7 years old, and he will come into his superpowers on his 7th birthday. Jason never told his girlfriend Lane about himself, and being a Protector, but he is now tasked with taking his son to superhero boarding school, where he can be taught to control his powers and develop them.

Only, his father is also after his son, and wants to steal his genius. So not only does he have to protect his son, he has to reunite with Lane again. A Lane who has moved on, who doesn’t trust him anymore and certainly does not believe him …
But Lane has learned about the secret world of Protectors thanks to her friends and their family. So she knows who Hieronymus is and is desperate when Davy gets kidnapped. Especially when the kidnapper takes Jason’s shape and Zoë has temporarily lost her own superpowers due to her pregnancy. Otherwise, she would have seen right through the disguise and seen Mordi underneath.

This was not have Jason has envisioned his reunion with Lane. He has to get his son back, while he is under suspicion from the other Protectors, and he has to get Lane’s trust back. He has to protect them!
Lane wants Jason to put her and their son first, and not his quest for revenge on his father. Can he do that?


I enjoyed this story very much. Jason really screwed up by disappearing without a word for 7 years. Could he not have contacted Lane from Olympus when he was finally free again?
Davy is a young genius and he has invented some very cool things, that help him escape on his own from Hieronymus’ prison. Elmer the ferret is a great side character in this book as well. He tries to tell Lane where Davy is, as Davy has invented a tracking device, but Lane doesn’t see anything in his strange behaviour.
So until Jason comes into Davy’s bedroom and the goldfish talks to him, they still don’t know where to find him.
And then there is Aaron, a lawyer who is really interested in Lane and in Davy. He is nice, and genuine, and Lane wants to love him, but there is just no spark between them. Of course, looking at how Jason treated her, sparks are overrated. She wants safe and security this time. Or does she? Will Jason be there for her for real now?

This is a fun series, and now I really want to find the first book in the series. It has to be somewhere on my shelves …