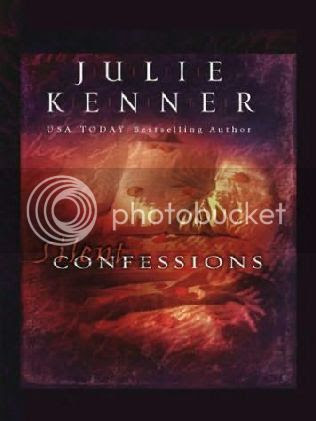 Not all confessions are meant to be heard . . .

Was it poetic justice . . . or simply lies whispered in the dark?
Detective Jack Parker needs an education -- a sensual education. Someone is stalking women . . . and they're doing it with a literary flair. Verses from Victorian erotica are being sent to the victims, naughty turn-of-the-century postcards are left inside their homes. Jack has to figure things out before somebody gets hurt. But he needs help. And he finds that -- and more -- in bookstore owner Veronica Archer . . .
An expert in historical amorous works, Ronnie is dying to know if reality can be as stimulating as fiction. So when Jack shows up at the shop, she decides to make him a scandalous proposition. She'll help him decipher the clues if he'll satisfy her wildest, most secret desires -- desires Jack has no problem accommodating . . .
Only, the closer they get, the closer to home the clues become. Leaving Jack to decide if Ronnie is just a very skilled scholar -- or an even more dangerous decoy . . .


A stalker has been leaving erotic notes to a married woman, and her husband is not amused by it. But now he has upped his stakes, by breaking into their highly secured apartment, and leaving his next message on her pillow. The woman claims to have no idea who it is, or how he entered their home, but she is clearly shaken. And of course she won’t admit to anything with her husband hovering over her!
Detective Jack Parker needs a break in this case, or he won’t be able to solve it. Perhaps an expert in historic erotica can think of a link between the postcards and the lines of poetry left behind. So when his expert turns out to be a very sexy woman, his interest turns to more than her knowledge.
But Ronnie was at the police station to get an update on her own intruder, and not to give advice. So when the detective doesn’t answer any of her questions, but instead seems to look down on her chosen profession, she stalks off. Ronnie owns an erotic bookstore.
But Jack doesn’t give up easily, especially when the real professor/expert shows up and is no help whatsoever. So he finds out why she was at the station, and goes after her, determined to have her help him. And if she wants, to get a lot more personal!


A very nice mix of hot romance and suspense. I enjoyed it very much; especially the ending was nicely creepy when the bad guy came after Ronnie. The scenes between Jack and Ronnie were hot, but not too hot for my tastes, so that probably means too vanilla for the true erotica lover. She does use his handcuffs on him once, and that was a delightful scene.

If I can find the next book in this duology, I will certainly give it a try, it is about Ronnie’s bookstore assistant.