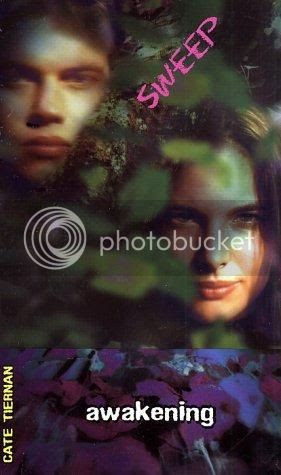 Wicca has changed my life. I have lost friends and found new ones. Discovered my true heritage. I found love, but also betrayal…
Still, there is so much to learn. I know Wicca can be used for good and for evil. Now I have to discover what is good, and what is evil…
Morgan knows that she is a blood witch. But she doesn't know who she can trust - besides her magic…


This book is heartbreaking. Morgan's boyfriend Cal has just tried to kill her, in a twisted way to keep her safe from his mother Selene, who wants to take her powers. And now they have disappeared, and Hunter is appointed to catch them. And still Morgan has feelings for Cal, and she can't betray him to Hunter.
Then another friend is caught doing some Dark Magick, Morgan doesn't want to believe it, but when she herself finds the evidence, she has no choice. Participating in the ritual that strips David of his powers, is horrible.
But there is a tiny ray of light as well, her friendship with Bree is mending, and Hunter and Skye are combining their two small covens in one bigger, stronger coven, with Hunter as its leader. But can Morgan trust Hunter enough to work with him, feel her magic in their circle?


A very good story, but heavy on the emotions. On with the next one!