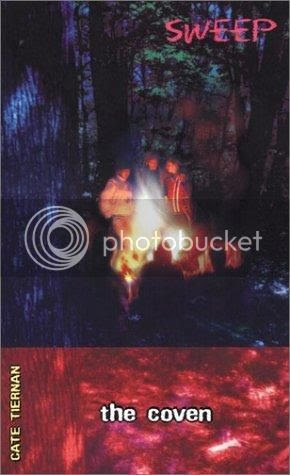 I am not who I thought I was. I am not a regular sixteen-year-old girl. I am a witch. A real, ancestral witch. My parents are not my biological parents. My sister and I share no blood.
Even in the coven, I am too powerful now, too different to belong.
I am alone except for Cal. Cal tells me he loves me, and I need to believe him.


After finding out in the first book in the series, that she is drawn to Wicca, that she is a blood witch, Morgan's life changes. The fact that gorgeous Cal Blaire choose Morgan over her stunning best friend Bree, has put an end to that friendship. And now, if she is a blood witch, her parents and her younger sister should be too, right?
But no, in a very bad fight with her parents, Morgan finds out that she was adopted. And still her parents don't want to tell her anything about her birth parents. She is alone, except for Cal. Gorgeous powerful Cal who is teaching her and their new Coven members about Wicca. Morgan's parents are devout Catholics, and are absolutely against Morgan learning more about her heritage, witchcraft. But it is a part of her, she can't deny it anymore, not does she want to, as it just feels good.
But loosing Bree as her friend hurts.
Still, when she saves her pretty younger sister from her boyfriend who would have raped her in her own bedroom, she is happy to be so powerful. Even though Mary K. is so unsure about what happened and if it wasn't her own fault.
And then, at a party at Cal's house, she finds her own mother's Book of Shadows in Selene Blaire's private study …


I do enjoy this series, the slow learning period for Morgan about her self and her real parents, and being a Witch.
It is also about friendship, and growth, and trust. But yes, I do love the magic parts.