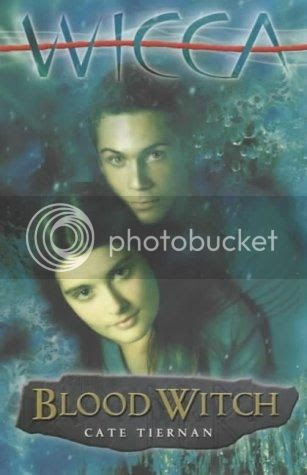 Morgan has found her mother's Wiccan tools, and her relationship with Cal is strong. Everything seems perfect. Except that Cal's half brother, Hunter, is stalking them. Hunter claims to be a Seeker who is investigating Cal for the misuse of magick. Who can she trust?


A new player has come to town: Hunter. He is Cal's half brother (that share the same father), and he works for the International Council of Witches as a Seeker. He investigates witches who are accused of using Dark Magick, and captures them, and brings them before the Council to be punished, which often means stripped of their magic.
He tries to convince Morgan that Cal is evil, that he is using Dark Magick, and that she should help him, but Morgan refuses to believe him. Cal loves her, and she loves him. But still, a tiny part of her can't fully commit to being with him, although the making out sessions are wonderful.
After having a vision of her mother, she asks her best friend Robbie to go with her to the village where her birth parents have lived, and help her find what Maeve wants her to find: her family's tools, given from mother to daughter, for decennia long. Morgan is the last descendant of the Belwicket Coven, and she has inherited all their strength, and more.
When on the evening of her 17th birthday, Hunter attacks Cal, she has no choice but to defend Cal, accidentally killing Hunter in the process …


A very intense book in the series, a lot happens to Morgan, and she is totally heartbroken about what happened to Hunter. But she had to save Cal, right? Her powers are growing, and her friendship with Bree is still on the rocks, but Robbie and other classmates are still there for her.