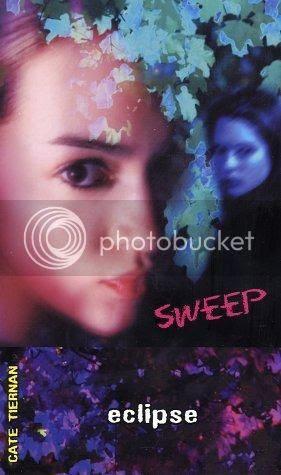 Everything around me seems strange and dark.
I am not who I thought I was.
Danger is coming - I know this now.
Everything I believed about my family is a lie.
I can stop this, but I can't do it alone.
How can I live with this knowledge.
I need help…
I need help…
Seventeen year old Morgan is a blood witch. Everyone she loves is in danger, but her power alone cannot help them.

This is one of the most intense books in the series. Alisa discovers that she is a blood witch as well, when she finds her mother's Book of Shadows in Morgan's book bag (who just got it at Practical Magick). All the strange things that have happened lately, are her own doing! She has telekinesis, and she needs to learn to control it, fast.
Morgan's father has escaped the Council two weeks ago, and no one has bothered to tell them about it. Morgan is terrified, and rightly so. If she won't join him and Amyranth, Ciaran has no other choice but to kill her, and all her friends. Desperate, after being bound by magick, Morgan frees herself, and bounds him instead. Knowing his true name, he can't escape her. Then she calls Hunter to come, and together with other witches, they take away his powers in a magical ritual. Morgan refuses to participate in it, Ciaran is still her father. Her half brother Killian will take care of him, because Ciaran is completely broken now, and needs care.

But getting rid of Ciaran doesn't stop the Dark Wave, they will still need the spell. And only Alisa has a chance of surviving doing this, as she is a half witch. And so in a desperate attempt, Hunter and his father, Alisa and Morgan fight the Dark Wave with the intrinsic spell mr. Niall has crafted.


A very good book, and another heartbreaking episode for Morgan. But she evolves stronger every time, and more determined to use her powers for good.
But Morgan's sister Mary K. was good friends with Alisa, will they stay friends now that Alisa has discovered she is a blood witch as well? Mary K. really hates what Morgan has become, and is a very devout Catholic herself. Mary K. still thinks it is evil, and wants Morgan to give it up, even though she knows about her healing people, and her beloved cat Dagda.