Interview with Julie Kenner for LLC 2015

Hi, we are Aurian and Freya, and today we have Julie Kenner visiting us here in Utrecht, The Netherlands.

Of course you want to know, what is LLC 2015? It is short for Autoren Love Letter Convention 2015, which means a Romance Writers Convention, and it takes place in Berlin, Germany, on May 2 and 3, 2015. There are lots of German authors attending of course, but there are also some really nice (and famous!) authors from America, Canada, England and Australia.

Julie Kenner is one of the American romance authors attending. We had a blast in the previous 3 years, and to add to the advance fun of the event, we have decided to do some interviews with the authors we will be meeting. Some of them are attending for the first time; others had a great time in a previous year and are coming again! So if you have the opportunity to visit Berlin for some sightseeing, why not attend the convention as well? Or let your family do the sightseeing, and you do the convention.

Aurian: Welcome to Utrecht, Julie. Would you like something hot to drink in this cold weather? Hot chocolate with whipped cream, tea or coffee? And of course some Dutch cookies.

Julie: Oooh!!! Hot chocolate with whipped cream sounds fab (maybe with a splash of Peppermint Schnapps?) ...and cookies for sure!
I’m really looking forward to meeting y’all in person!

Freya: Can you tell our readers who might not yet know you or your books, a little about yourself? Something that is not in your official bio (which is at the bottom of this post).

Julie: Let’s see, I’ve climbed the Great Wall of China, have a fear of sharks but still love to SCUBA dive, got lost in Stockholm when I was 13, and my lowest grade in high school was in gymnastics.

Aurian: Could you tell us why you are attending a convention in Europe? Have you been in Berlin before? Were you surprised at being invited to a convention this far away?

Freya: Berlin is a beautiful city with a rich history. Are you planning to do some sightseeing before or after the convention, or touring the country? Or is this convention part of a larger booktour through Europe?

Julie: This is just the Berlin trip (my family and I are coming back to Europe in June). But I do plan to do as much sightseeing as possible in the city and environs. I absolutely love to travel, and to just wander around cities soaking in the atmosphere.

Aurian: If you could see only one monument/famous building/historical place in Berlin while you are there, what place would you absolutely have to see?

Julie: Probably the Berlin Wall and the Checkpoint Charlie museum. Folks tell me they’re not to be missed.

Freya: Have you been to Europe before? Perhaps even visited Holland? If not, would you like to?

Julie: I’ve been to Europe a number of times. When I was 11, my grandmother took me to Switzerland, and we used that as a base to visit the Black Forest, Austria, Italy, Liechtenstein, and France. Later, when I was 13 she took me to Scandinavia (Copenhagen, Stockholm, Oslo and Helsinki). When I was 23, I went with her again to see Switzerland again (Lausanne and Zermatt, primarily), and that same year I backpacked through Europe for seven weeks doing Zurich, a cruise down the Rhine, Florence, Salzburg, Paris, London, Ireland and Scotland. Later, my husband and I spent time in Ireland, Paris and the South of France. And I explored different areas of Paris and Versailles a year or so later when I took my mother, who’d never been to Europe. (I’ve also been to China, but you only asked about Europe, LOL!)
More recently, I went to Edinburgh for a bookfest, and then to London for fun. This June, my family and I are going to Amsterdam (yes! Holland!) for 4 days, then for a week each in Paris and London.
See? When I said I loved to travel, I wasn’t kidding!

(Freya: If you need tips for sightseeing in Holland, or a tourguide, just let us know!)

Julie: J.K. Beck has been retired, and those books have been republished digitally as J. Kenner books. That is the only name that the publisher asked for because at that time it made sense to have a “reboot” when I started writing paranormals that were waaaaay darker and waaaaaay sexier than my demon hunting soccer mom books.

I write as J. Kenner now for the same publisher, and so far all of the J. Kenner books have been erotic romance. My publisher was fine with me publishing as Julie Kenner, but about the time I sold Release Me, I had just gotten my rights back to the demon hunting soccer mom series and was getting them ready to indie publish. Those books have no on-screen sex, and I have a number of readers who are in middle school. I didn’t want to hide my identity, but I did want a line of demarcation, and so I told my publisher that I wanted to publish as J. In retrospect, it probably wasn’t something I needed to worry about, especially since the Julie/J thing has become very transparent!

Aurian:I really enjoy your J.K. Becks books at the moment, so I hope they will find some new fans!

Freya: How does it feel that Carpe Demon has been optioned for television? Do you have any say in what happens with the story?

Julie: It’s very cool! Though I am not holding my breath. Hollywood can be fickle and a lot of things get optioned and never made. Carpe Demon was under option to 1492 Pictures for over ten years, and sadly the movie never made it to the screen. To be honest, though, I’m more excited about the possibility of a TV show, as I think it fits the material much better! And no, I don’t have much input (to be completely honest, I don’t have time to have much input! My writing schedule is full up and overflowing!)

Aurian: I have read and enjoyed Aphrodite’s Passion. The Protectors are great-great-great-grandchildren of the old Greek Gods, and are superheroes. How much fun did you have coming up with all the different super powers? I love that you gave Hale a flaw, an allergy that makes him loose control of his invisibility power.

Julie: Thanks! All of those books were so much fun to write! And yes, it really was a blast coming up with all the superpowers and weaving them into the characters’ backgrounds and the overall plot. (Of course, the most fun was Elmer, the ferret!)

Freya: For your book “Silent Confessions”, did you do a lot of research into Victorian erotica, just like your heroine? Or was it already a topic of interest for you?

Julie: I had read some, and had an interest in rare books, but nothing like my heroine in that story! So I did research into actual Victorian erotica when I planned and wrote the story. I wrote it back in 2002 (it was originally published in 2003) and that was before the Internet was as robust as it is. Most of the books I used were books that I found in Archer City, which is a town where author Larry McMurtry (Lonesome Dove) used to have several bookstores. I think they’ve since been closed, but the town used to be considered a “book town” because of all the used and rare bookstores!

Thanks for the interview Julie! We do look forward to meeting you in Berlin.
How about you reader, have you read any of Julie’s books? And which one is your favourite? Or do you have them still on your wishlist? 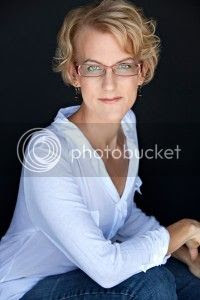 J. Kenner (aka Julie Kenner) is the New York Times, USA Today, Publishers Weekly, Wall Street Journal and International bestselling author of over seventy novels, novellas and short stories in a variety of genres.
Though known primarily for her award-winning and international bestselling erotic romances (including the Stark and Most Wanted series) that have reached as high as #2 on the New York Times bestseller list, JK has been writing full time for over a decade in a variety of genres including paranormal and contemporary romance, “chicklit” suspense, urban fantasy, and paranormal mommy lit.
Her foray into the latter, Carpe Demon: Adventures of a Demon-Hunting Soccer Mom by Julie Kenner, has been consistently in development in Hollywood since prior to publication. Most recently, it has been optioned by Warner Brothers Television for development as series on the CW Network with Alloy Entertainment producing.
JK has been praised by Publishers Weekly as an author with a “flair for dialogue and eccentric characterizations” and by RT Bookclub for having “cornered the market on sinfully attractive, dominant antiheroes and the women who swoon for him.” A four time finalist for Romance Writers of America’s prestigious RITA award, JK took home the first RITA trophy awarded in the category of erotic romance in 2014 for her novel, Claim Me (book 2 of her Stark Trilogy).
Her books have sold well over a million copies and are published in over twenty countries.
In her previous career as an attorney, JK worked as a clerk on the Fifth Circuit Court of Appeals, and practiced primarily civil, entertainment and First Amendment litigation in Los Angeles and Irvine, California, as well as in Austin, Texas. She currently lives in Central Texas, with her husband, two daughters, and two rather spastic cats.