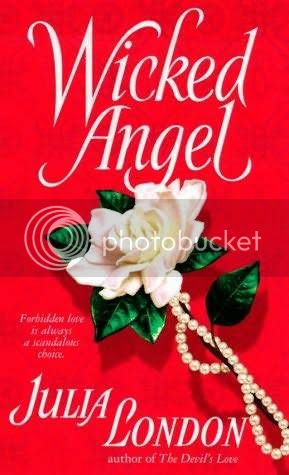 Forbidden love is always a scandalous choice....
She raced across the pasture, vaulted a fence, and landed, stunned and breathless, on top of the most handsome man she had ever seen. The bemused stranger stayed to capture the fancy of the brood of orphaned children in her charge, then stole Lauren Hill's heart with a searing kiss as he left. Lauren couldn't tell him she was a widowed countess fallen on hard times. She tried to forget him-until she saw him again at a London ball. The man who haunted her dreams was a duke, out of her class...and he was pledged to another woman.
The ton is ablaze with talk of the ravishing Bavarian countess. Stunned, Alexander Christian, Duke of Sutherland, recognizes Lauren as the country girl who's captured his heart. Duty has forced him to pledge himself to another, to take his proper place in society and in Parliament. He wants one night with his blue-eyed enchantress, but will he be able to walk away from her again, or will he risk it all to be with the woman who fires his blood and makes him think of a . . . Wicked Angel.


This is not your typical historical romance, and I loved every page of it. I fell hard for Lauren, who was sold by her uncle to an ancient German Count in marriage, in order to provide him with an heir. Lucky for Lauren, he was too old and ill too even know who she was, or to touch her. His nephew was not so happy with Lauren, so when the old Count died, she gave him his inheritance back with a smile. It was never really hers, as she did not earn it.
But the people in Bavaria really loved her, and did not want her to go, but when her brother Paul came for her, she gladly went. She so wanted to be back home at Rosewood, and care for the children entrusted upon them. They would manage without any funds somehow …

But her uncle, and even the housekeeper, have other ideas. Lauren must marry again, and soon. Her uncle is determined to sell her to the highest bidder, and blackmails her into going to London for the Season, with her brother Paul (who is also still under the thumb of their uncle) as her chaperone.
And then she happens to see the man who stole her heart earlier, a simply country gentleman she thought … but he is the Duke of Sutherland, the most sought after man in London. And he is engaged to be married in a few weeks …
Alex is stunned to see his country girl in society as well, is she really a German Countess? Or is that just a made up story? But when the new Count Magnus Bergen shows up, courting her, wanting to take her back to Bavaria with her, it has to be true. But still, they know nothing can come of it, but they are so very much attracted to each other. And Lauren keeps comparing all other men she meets to Alex, and of course, finding them lacking.

But when Alex ruins her reputation by taking her to the opera, and not providing the promised chaperone, it all falls apart. The ton shuns Lauren, and in desperation, she agrees to Magnus’ marriage proposal. He knows she is in love with Alex, and doesn’t care. She will come to love him, and her respect will be enough for now …


I have tot warn you, I cried buckets in the end. I fell for Lauren so hard, she is such a happy person, so vivacious and so caring for everyone, especially the children no one wants. Still, she is young and she discovers she really likes the balls and society and pretty clothes as well. If only they could afford the latest fashion! But her heart still longs for Rosewood and “her” children and the quiet life. She did not mind working hard all day long on everything that needed doing.

And then there is Alex, and well, of course he is handsome and rich and powerful, and I admired him for pushing for reforms in the House of Lords, but he is also too arrogant and not thinking about Lauren’s reputation at all. And in the end, he was insensitive in the extreme and kept that up way too long.

Still, it was a very good read, and I do recommend this one if you like your historical romances a bit different.