Recommendations from Peggy for April 2015.

In order to bring some more variety to my blog, I have asked some of my bookish friends to tell about the books they have in the past month, and to give us a recommendation. Today’s post is made by Peggy from Belgium.

I have read 4 novels in the past month, and the 3 books I enjoyed the most are: 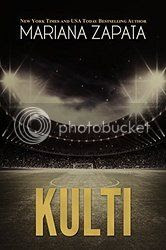 Anna Campbell – A scoundrel by moonlight

The one I can recommend to all Aurian’s readers is: 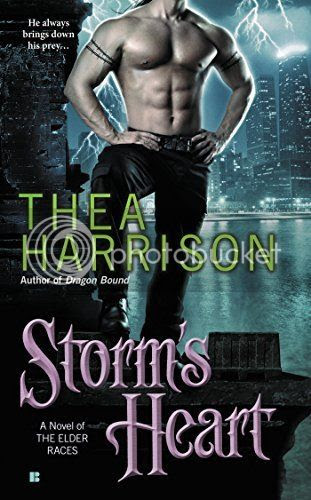 Able to wield thunder and lightning, wyr sentinel Tiago Black Eagle has ruled the skies for centuries. His massive build and thunderous power make him one of the wyr's best weapons. And he's the one sent to protect Tricks, heir to the Dark Fae throne, when she's almost assassinated in Chicago. Soon Tiago and Tricks will fall prey to the stormy hunger that engulfs them-a passion that will shake the very foundation of all the worlds.

Thea Harrison is one of the authors coming to the LoveLetter Convention in Berlin. I’m very looking forward to meeting her. She has created an exciting world with ‘The Elder Races’ series. A world where faeries, Wyr (a sort of shapeshifters), vampires, humans, Goblins and many other creatures live.

‘Storm’s heart’ is the second book of ‘The Elder Races’ series. The first book was about Dragos Cuelebre, the Lord of the Wyrkind demesne in New York.

This book is about Tiago Black Eagle, he’s a Wyr warrior and works as a Wyr sentinel for Dragos, the Lord of the Wyr. Tiago is one of the ancient Wyr, who once upon a time even was worshipped as a god of storms! (He is able to wield thunder and lightning.) If he shapeshift he becomes a gigantic thunderbird.

Niniane Lorelle is a dark fae, her father and mother were the king and queen of the Dark Fae. But her family was murdered, when she was young by her uncle Uriel who wanted to become the Dark Fae king. Niniane got away and she found sanctuary with the Wyr in New York. They were the enemy of her uncle. She found there a new family, a new home, where she was safe from her uncle. She built up a new life (with a new name, Thistle “Tricks’ Periwinkle), a happy life but that’s all about to change now with the dead of her evil uncle Uriel, the Dark Fae king (who was killed in the first book of this series). Being the only living member of the royal Dark Fae family she feels it’s her obligation to become the new Dark Fae queen. That’s not something she’s very looking forward too but she believes it’s the only way to make sure that there will be peace between the Wyr and the Dark Fae.

So now Niniane (aka Tricks) has left everyone behind she knows and loves to start a new life as the Dark Fae queen, but no sooner has she arrived in Chicago or there is an assassination attempt on her life!

The Wyr are furious when they hear about what has happened to Niniane. Tiago decides to find her and protect her. That’s a good thing too because there’s a second attempt on her life but luckily Tiago is there to protect her. And there’s where the story starts because who can they trust of the Dark Fae? Who’s a friend and who’s the enemy?
And then you have the feelings that are blossoming between Niniane and Tiago. Feelings that are forbidden because how can a Dark Fae queen marry a Wyr? Her people will never accept it. Does Niniane have to choose between her throne and her lover? For Tiago there isn’t a thought about it, because he knows Niniane is his mate and the Wyr mate for live.
So now he doesn’t only have to protect her from danger but he has to convince her that they belong together. That he is the only one that can make her feel safe and loved. But will he succeed in both??

I really enjoyed reading about this wonderful world filled with Wyr, Vampires, Djinn, Dark Fae, Light Fae… In this book you get more information about the history of this world and especially about the Dark Fae. I really loved Tiago, who is very alpha and is very protective of Niniane and he totally doesn’t care what people say!! He just does what he wants to do. I loved their relationship, how they react to each other.

The next book is about the vampires, I’m really curious about them.

Until next time! x

Aurian: Thanks for the recommendation Peggy! I love this series very much and I am very glad that a new book is coming out next month! I secretly hope Thea will bring some author copies with her to Berlin ;)
How about you reader, have you read any of these authors?